Netflix has scored a slam dunk with a feature-length documentary about NBA great and Boston Celtics legend Bill Russell that will be directed by Sam Pollard (“MLK/FBI,” “Citizen Ashe”).

The untitled documentary is described as the definitive bio-doc on Russell, one of American sports’ greatest champions who won 11 titles with his 13-years with the Celtics, including his last two as the first Black head coach in NBA history while still playing for the team.

Russell himself will sit for an exclusive series of interviews and provide access to his archives as part of the documentary. No release date has been set. 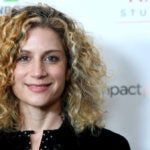 The Bill Russell documentary follows the string of successful films and series about other sports icons such as Michael Jordan in “The Last Dance” and an upcoming series about Magic Johnson, among many others.

Known for his dominating defensive play and his record for the most championship titles by any athlete in a North American sports league (matched only by the NHL’s Henri Richard), the 6-foot-10 Bill Russell has also won back-to-back NCAA titles, a Gold Medal at the 1956 Melbourne Olypic Games, two California State High School Championships and five NBA MVP awards. 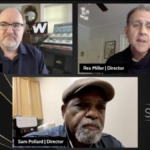 But Pollard’s documentary will also show how Russell is a true Civil Rights icon whose story in basketball is uniquely intertwined with the 75-year history of the NBA, not to mention America’s own history over the last eight decades.

Pollard most recently directed “Citizen Ashe” about another sports champion and activist icon, tennis great Arthur Ashe. Pollard is an Oscar-nominee for his work on the Spike Lee documentary “Four Little Girls,” and he also recently signed on to direct another documentary film, “The Sound of Philadelphia,” about music icons Kenny Gamble, Leon Huff and Thom Bell. 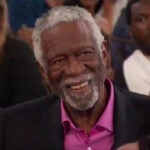