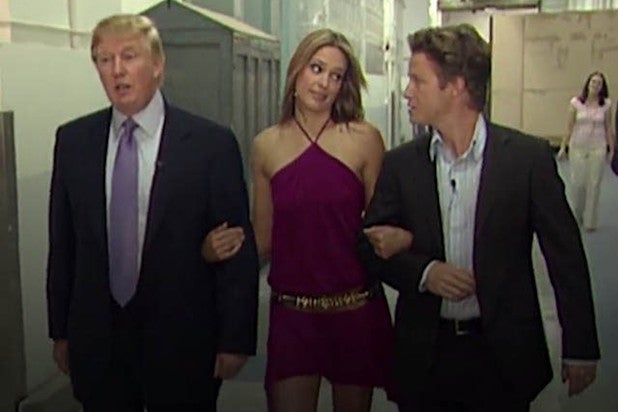 Billy Bush is expected to exit NBC’s “Today” show following the release of a decade-old tape featuring the TV personality making lewd sexual comments with Donald Trump, according to CNN.

“Billy Bush’s departure from NBC and the ‘Today’ show is a matter of when, not if,” the network’s media maven Brian Stelter reported, citing sources at the network.

The former “Access Hollywood” host is believed to be negotiating an exit from “Today,” which he joined earlier this year.

Stelter said on CNN’s “Newsroom” that Bush was a rising star but “his star has collapsed,” and even mentioned that a previously scheduled party for Bush with his “Today” colleagues has been canceled.

On Friday, The Washington Post published a video tape of Trump on a hot mic boasting to Bush about kissing, groping and having sex with women.

Also Read: Donald Trump Lashes Out at 'Disloyal' Republicans, Paul Ryan: 'I Will Teach Them!'

Bush is heard throughout the tape agreeing with Trump and even egging him on. Bush came forward to immediately apologize on Friday after the tape was leaked, saying he was “embarrassed and ashamed” of his behavior.

However, “Today” executive producer Noah Oppenheim sent a memo to his staff on Sunday that Bush would be suspended, “pending further review of this matter.”

The New York Post reported on Monday night that Bush bragged to colleagues about having a tape of Trump “being a real dog” while he was in Brazil covering the Rio Olympics for NBC. If Bush knew about the tapes and didn’t reveal such damaging information about the GOP presidential nominee to NBC News, it raises journalism ethical issues. The Post notes it could even be a violation of Bush’s contract with NBC.

Meanwhile, Decider editor Mark Graham noticed that Bush has already been wiped from the digital billboards outside of NBC’s 30 Rock headquarters.