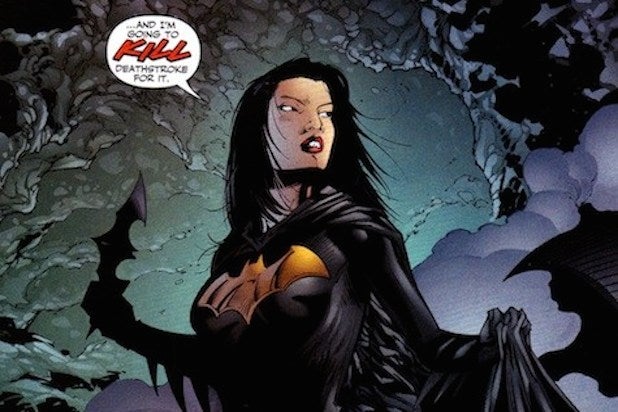 Newcomer Ella Jay Basco is in talks to play Cassandra Cain and join Harley Quinn’s girl gang in the Margot Robbie film “Birds of Prey,” an individual with knowledge of the project told TheWrap.

Cassandra Cain is one of the world’s greatest martial artists, and also a vigilante.

Robbie will produce “Birds of Prey” and reprise her “Suicide Squad” role as Harley Quinn. The film is centered around a revolving group of female heroes and villains, individuals with knowledge of the project told TheWrap.

In addition, TheWrap exclusively learned that the villain in “Birds of Prey” will be Black Mask, one of Batman’s foes who has never before appeared on the big screen.

“Birds of Prey” will be produced by Kroll & Co Entertainment’s Sue Kroll and Clubhouse Pictures’ Bryan Unkeless, as well as Robbie.

Yan would be the third female filmmaker to join the DC universe with this film, which is still known as the Untitled Girl Gang Movie at Warner Bros. She will also be the first Asian woman to direct a DC film.

Yan was previously a reporter for the Wall Street Journal in New York, Hong Kong and Beijing and was one of the youngest writers in the paper’s history to pen multiple front-page stories. She is represented by CAA.