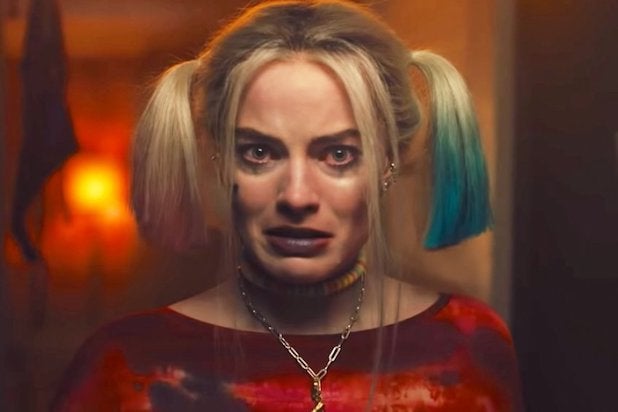 The box office got an unpleasant surprise this weekend as Warner Bros./DC’s “Birds of Prey” has fallen well short of expectations and posted a $33.2 million opening weekend from 4,236 screens, the worst start for a DC Comics adaptation since “Jonah Hex” in 2010.

Heading into the weekend, the new film starring Margot Robbie as Harley Quinn was expected by trackers to at least match the $53.5 million opening weekend of “Shazam!” a pre-summer release with a similar production budget of slightly under $100 million. Warner Bros. was projecting a more conservative $45 million start. Reception for the film suggested that “Birds of Prey” should have easily made that target, holding an 83% Rotten Tomatoes score with a B+ on CinemaScore and 4/5 on Postrak.

But instead, the film that was supposed to get February off to a strong start is failing to launch, and it will now need strong legs over the next few weeks to make any sort of sizable profit. The breakdown of the CinemaScore demographics might provide a clue: The highest scores came from audiences under the age of 25, who gave the film a higher grade than the overall average at A-. But the film’s R rating has prevented those younger audiences from turning out en masse — moviegoers under 18 only accounted for 14% of the audience — and unlike other R-rated hits from Warner Bros. like “Joker” and “It,” reception and turnout from older audiences wasn’t strong enough to make up for that loss.

Warner Bros. has been relying on the smash success of “Joker” — the first $1 billion hit with an R rating — and the more modest success of “It: Chapter Two” to push through a streak of box office flops that has included “The Goldfinch,” “Motherless Brooklyn” and “Doctor Sleep.” The studio has a strong 2020 slate but those films won’t be coming until the summer, starting with “Scoob!” in May and followed by “Wonder Woman 1984” and “In the Heights” in June and Christopher Nolan’s “Tenet” in July.

“Birds of Prey” took No. 1 this weekend, but with no other wide releases out, the rest of the top 5 were holdovers. Sony’s “Bad Boys for Life” took second with $12 million in its fourth weekend, bringing its total to $166 million in North America and $336 million worldwide. Universal’s “1917” is third with $9 million, giving the Best Picture nominee a total of $132 million on Oscar Sunday. Should it win Best Picture, Sam Mendes’ WWI epic may get one more boost of audience interest that could see it pass the $142 million domestic run of fellow nominee “Once Upon a Time…in Hollywood.”

Also Read: How to Stream the 2020 Oscars Ceremony Live Online

In fourth is Universal’s “Dolittle” with $6.6 million, giving it a $63.9 million domestic and $158.6 million worldwide total that is still well below its $175 million production budget. Standing on the other side of the break-even line is Sony’s “Jumanji: The Next Level,” which grossed $5.5 million in its ninth weekend and is on the verge of crossing $300 million domestic after passing $750 million worldwide this past week. Combined with its predecessor “Welcome to the Jungle,” the two “Jumanji” films have grossed over $1.7 billion worldwide.

Farther down the charts, Oscar nominee “Little Women,” which crossed the $100 million domestic mark on Wednesday, took in $2.3 million this weekend for a total of $102.3 million. This is the first year since 2013 that at least five Best Picture nominees have crossed that $100 million mark. Meanwhile, Lionsgate’s “Knives Out,” which director Rian Johnson has announced will get a sequel, is on the verge of crossing $300 million worldwide with $159 million in North America. It joins “John Wick: Chapter 3” as only the second Lionsgate release since the start of 2018 to cross that mark.