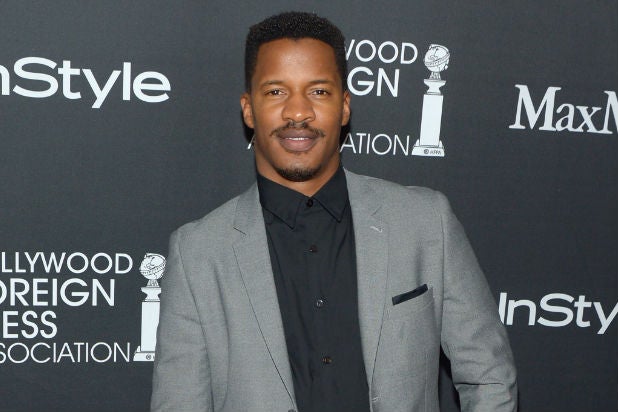 Nate Parker dodged questions about his remorse over a 17-year-old rape case on Sunday, during a press conference in Toronto for his film “The Birth of a Nation.”

“This is a forum for the film, for the other people that are sitting on this stage,” Parker said gesturing to his star cast including Gabrielle Union and Armie Hammer. “It’s not mine, it doesn’t belong to me, I don’t want to hijack this with my personal life.”

Parker was asked if he regretted not apologizing to his accuser and her family for 1999 sexual abuse allegations at Penn State University, in which he and a fellow student athlete were accused of rape. Parker was acquitted of all charges at a 2001 trial. The alleged victim took her own life in 2012.

“This isn’t the Nate Parker story; it’s the Nat Turner story,” said Penelope Ann Miller, who plays the mother of Hammer’s plantation owner, Samuel Turner, in the film. “And a lot of people I talk to don’t know the story of Nat Turner.”

Union still shouts about her pride in the project, which begins limited release in the U.S. on Oct. 7.

“Best 12 minutes  of my life, don’t tell my husband,” Union said of her small but powerful time on screen (with a little shout-out to her NBA player husband Dwyane Wade).

The Sunday conference was easily one of the most anticipated events of the festival, which upon announcement signaled Parker’s willingness to field questions about the controversy and the future of the movie.

Mainstream and industry media held their breath to see how the film — for which Fox Searchlight paid an historic $17.5 million in January for worldwide rights — would be received. As it turned out, it was favorably, receiving a standing ovation at its first screening Toronto’s Winter Garden Theater.