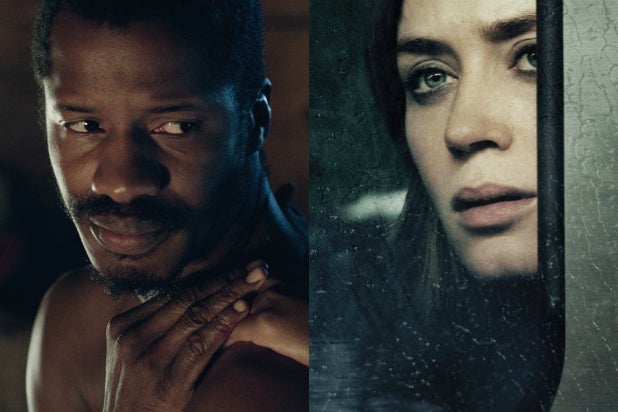 On the heels of a rape case scandal, slavery epic “The Birth of a Nation” ultimately couldn’t live up to its initial hype this weekend, grossing only $7.1 million.

Playing in 2,105 locations, Nate Parker’s film from Fox Searchlight was expected to clear $9 million as of earlier last week — still low figures for a title that was bought by the indie distributor for a record-breaking $17.5 million at this year’s Sundance Film Festival.

The bright side is that the R-rated drama has a solid A CinemaScore among those surveyed on opening night, indicating it could play in the weeks to come off positive word of mouth. Its Rotten Tomatoes score is also a fresh 79 percent.

Also Read: 'The Birth of a Nation' and 13 Other Movies You Only Want to Watch Once (Photos)

The film’s publicity campaign had been derailed by stories about a 17-year-old rape accusation against filmmaker and star Nate Parker, who was acquitted.

After sweeping the top two prizes at Sundance (the grand jury prize and the audience award), the film was initially expected to perform well at the box office and become an Oscar contender. But this weekend it couldn’t even make the top five movies at the box office (see the list below).

“The Birth of a Nation,” produced for a reported $10 million, stars Parker as Nat Turner, who led a 48-hour slave rebellion against his white masters. Armie Hammer and Aja Naomi King co-star alongside Jackie Earle Haley and Jayson Warner Smith.

Meanwhile, DreamWorks Pictures’ murder mystery “The Girl on the Train,” starring Emily Blunt, zoom to the top of the heap this weekend with $24.7 million.

Earning $9.4 million on Friday alone, the adaptation of Paula Hawkins’ best-selling novel of the same name revolves around a troubled and eccentric divorcée (Blunt) who inserts herself into a missing persons case.

Trackers had the thriller topping $30 million earlier last week, though studio estimates from Universal, the film’s distributor, were more conservative, predicting it would safely exceed $20 million in box office receipts.

Also Read: 'The Girl on the Train' Review: This Emily Blunt Thriller Gets Off Track

The prospects are good for “The Girl on the Train,” which was made for $40 million, not counting marketing costs. Though it only has a B- CinemaScore and a low 43 percent on Rotten Tomatoes.

“The Girl on the Train” was directed by Tate Taylor, who helmed the Oscar-winning film “The Help,” which was also based on a book.

Another book adaptation that opened in theaters this weekend is CBS Films and Lionsgate’s “Middle School: The Worst Years of My Life.”

Playing in 2,822 theaters, the coming-of-age comedy grossed $6.9 million, earning $1.95 million on Friday night alone. It was made for a reported $11 million, less marketing costs.

Given its A- CinemaScore, the movie could have legs going into next weekend. The PG-rated film has a 62 percent Rotten Tomatoes score.

Holdovers dominated the top five list, save “The Girl on the Train.”