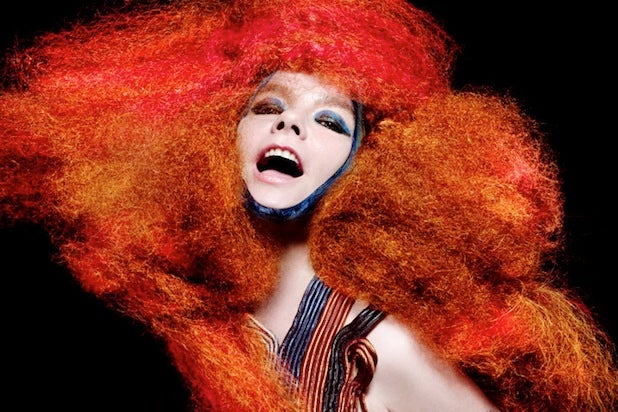 The Brown film is a work in progress screening under the name “Untitled James Brown Documentary.” It is written and directed by the tireless filmmaker Alex Gibney, who has directed 10 feature films since 2010 alone, including last year’s “The Armstrong Lie” and “We Steal Secrets: The Story of WikiLeaks.”

The film’s April 27 screening will be followed by a conversation with Gibney.

The Bjork film, “Bjork: Biophilia Live” is a concert film from Nick Fenton (the editor of “Submarine” and “The Selfish Giant”) and Peter Strickland (director of “Berberian Sound Studio”), interspersed with animation from apps created by designers.

The result, according to the Tribeca release, explores “the relationship between musical structures and natural phenomena – atomic, cellular and cosmic,” which sounds about right for Bjork.

Tribeca also announced that its opening night film, the music documentary “Time Is Illmatic,” will take place at the Beacon Theatre in New York City, and will be followed by a performance by its subject, rapper Nas. Tickets will be available to the public at the festival website, beginning on March 27 for American Express cardholders, and April 1 for the general public.

Its closing-night film, “Once” director John Carney‘s “Begin Again” (formerly titled “Can a Song Save Your Life?”) is also set in the world of music and features a number of original songs.

The Tribeca Film Festival will take place from April 16-27 in New York City.