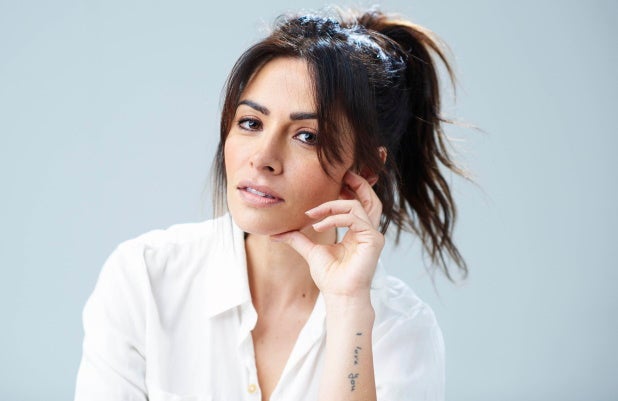 Sarah Shahi is set to star opposite Dwayne “The Rock” Johnson in “Black Adam,” DC and New Line’s highly anticipated superhero movie, according to an individual with knowledge of the project.

Shahi joins a cast that includes Hodge joins a cast which includes “Leverage” star Aldis Hodge, who will play the role of Hawkman, and Noah Centineo who will play Atom Smasher, a character who can control his molecular structure with the ability to manipulate his size, strength and durability. Both Hawkman and Atom Smasher are members of DC’s Justice Society.

Jaume Collet-Serra, who also directed Johnson in Disney’s “Jungle Cruise,” is on board to direct. Rory Haines and Sohrab Noshirvani wrote the latest draft of the screenplay, Adam Sztykiel wrote the previous draft. Due to the ongoing coronavirus pandemic, it is currently unknown when the superhero movie is expected to go before cameras but the studio is eyeing a second quarter 2021 production start.

Beau Flynn of FlynnPictureCo. is producing with Johnson, Dany Garcia and Hiram Garcia of Seven Bucks Productions. Johnson, Collet-Serra, Flynn, Garcia and Garcia recently collaborated on Disney’s “Jungle Cruise” which is set for release on July 30, 2021. Scott Sheldon will oversee for FlynnPictureCo. and will also serve as executive producer.

Black Adam was created by Otto Binder and C. C. Beck in 1945 as one-time opponent of Shazam (Captain Marvel) during the character’s Fawcett comics era. Following DC Comics’ acquisition and revival of “Shazam” in 1973, Black Adam emerged as one of the DC universe’s most popular antiheroes and is now considered one of Shazam’s core arch enemies. The second New Line DC film following 2019’s critical and cult hit “SHAZAM!,” plot details about “Black Adam” are still under wraps.

Shahi’s credits include Netflix series “Sex/Life” which is currently in production. Her other television credits include “City On A Hill,” “The Rookie,” “Reverie,” “Person of Interest,” “The L Word” and “Fairly Legal.”

The Illuminerdi first reported the news.