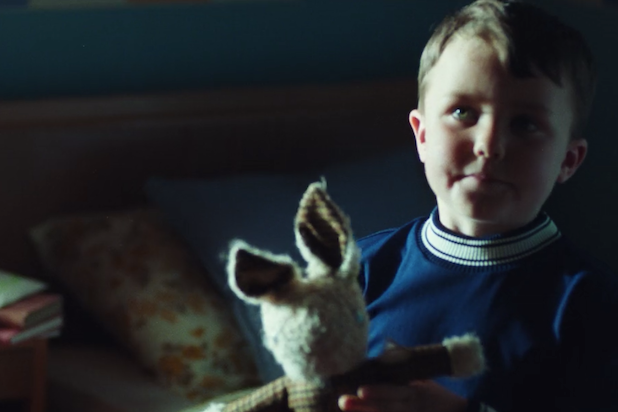 The title is drawn from the works of Lewis Carroll, who is famous for writing about rabbit holes, and a stuffed rabbit is essential to the plot — or rather, plots. Netflix has marketed “Bandersnatch” as a film, but it’s a video game, too, in the sense that the simple decisions you make along the way — through clicks on your laptop, phone or whatever — help decide which way certain scenes go.

In all of the versions of the movie/game that I’ve watched/played so far, Stefan’s mother died because of a fight with his father over Stefan’s childhood fixation with a stuffed rabbit; Stefan and his father have a testy relationship that gets ugly; and Stefan is told, while creating his video game, that life itself is something of a game in which we come to numerous forks in the road, and that these forks split off into different alternate realities.

The notion that everything will happen somewhere, somehow — no matter what we decide to do — suggests that free will is irrelevant. The multiple-realities theory frees us from consequences, and opens up scary questions, like: Why not kill your loved ones? There’s still another reality in which they’re still alive. (Please don’t stop reading here, because this way of thinking is insane.)

The concept of multiple realities is not at all new — see “It’s a Wonderful Life” and “Back to the Future II” for details — but “Bandersnatch” writer and “Black Mirror” creator Charlie Brooker use the video game metaphor to illustrate the idea perfectly.

Video games, unlike real life, really do contain different preordained, programmed versions of what happens each of them dependent on the decisions you render through clicks. You create one reality by moving left and one by moving right. If this were true in real life, too, you could go mad as a hatter thinking about all the alternate realities you’re constantly missing out on — the one where you married your prom date, took that other job or moved to Peru.

But that’s an egotistical — and exhausting — way of looking at the world. In real life, reality is made up of the decisions of billions of people, not just you. Whether you go left or right — or order Sugar Puffs or Frosties, the first decision you have to make for Stefan in “Bandersnatch” — doesn’t really matter in the grand scheme of your life.

Almost all of our decisions are only micro-decisions that only collectively decide bigger things — like whether the left or right lane will have more traffic, and whether the good people who make Sugar Puffs or Frosties will get fat Christmas bonuses. Luckily for your sanity, your decisions don’t amount to much. You’re just part of a mass collective making those decisions.

“Bandersnatch” brilliantly plays with the indulgent/narcissistic/dangerous idea that you are the sole decision-maker. Kurt Vonnegut’s “Breakfast of Champions” is probably the gold standard of this kind of story: One character decides that only he is real, and everyone else is a machine. This frees up the narrator to do horrible things, and treat other humans like machines, or, perhaps, like characters in a video game.

Also Read: 'Black Mirror': So What Is a Bandersnatch, Anyway?

People living today may be especially susceptible to the delusion that only you are real because our phones, laptops and Netflix accounts all cater to this delusion, constantly adjusting as best as they can to our often-changing likes and whims. If I sign up for the fairly responsive Yahoo news feed, for example, I’ll find that a surprising amount of national news is about Batman — because Yahoo’s algorithms have figured out that I like Batman. For you, it might be Harry Potter. Yahoo’s engineers have helped us build our own bubbles.

Good video games build vast worlds, and make us forget that someone else built them. So does “Bandersnatch.” I love the characters, the music, the aesthetic — all the things I like about, say, “Spider-Man” for PlayStation 4, the only video game I’ve played this year. But I didn’t feel like a winner while playing “Spider-Man.” I mostly walked into walls.

I also felt enfeebled during “Bandersnatch” — which I think was the intent.

The most questionable decision Brooker makes comes in one version of the story in which Stefan realizes he’s being controlled by someone watching Netflix. That someone, of course, is you. And me.

You could read this as annoyingly self-referential, and initially I did too. But thinking about it more, I think Brooker was being subversive — biting the hand that streams him. He is pointing out that you and I — snug and smug in our beds, controlling the course of “Bandersnatch” with a series of clicks — are complicit in fictional Stefan’s sense that he’s being watched.

But also: I quickly came to sense that I was pitiful to think that my remote gave me any real power. That’s because “Bandersnatch” follows roughly the same story arc no matter what plot I guide it toward. I only have the illusion of free will. The only one with a godlike power — omniscience — is Netflix.

Companies routinely track our online behavior, and then regurgitate our preferences back to us, sometimes as content we like and sometimes as eerily familiar advertising. With “Bandersnatch” alone, Netflix could track my tolerance for drawn-out narratives and repetition — data that might be helpful for a company that wants to dominate entertainment across the globe.

It could determine whether I prefer Sugar Puffs or Frosties — or other products ripe for placement. More personally, my clicks during “Bandersnatch” could reveal whether I prefer conflict or resolution, and violence or ultraviolence. (At different points we get to decide if Stefan should choke someone or kick him in the crotch, and whether to bury a body or chop it up.)

Netflix and other companies can turn us from viewers into guinea pigs as we giddily click away. Does that sound insane in an era when Russian hackers try to use Facebook to swing elections?

(Netflix did not immediately email back when I asked about data mining.)

It’s worth noting that “Bandersnatch” isn’t the first Netflix program to offer “Choose Your Own Adventure”-style programming. Netflix has used this approach before with children’s programs, including “Puss in Book: Trapped in an Epic Fairy Tale,” in which kids click left or right to guide the narrative.

“Black Mirror” has always been a warning about how our human flaws interface with technology we may not be prepared for, never more so than today. For all my sense of control over “Bandersnatch,” “Bandersnatch” controlled me. I’ve rarely felt so powerless in the face of a film, or TV show, or video game. It had a message I couldn’t avoid, and lucky for me, that message was a benevolent warning.

Pity the future child whose clicks reveal a fixation with rabbits, or anything else.