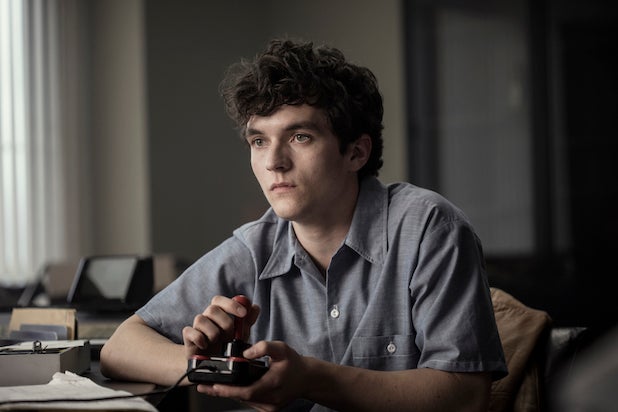 Netflix dropped the standalone “Black Mirror” movie “Bandersnatch” on Friday, introducing its subscribers to the first of what it hopes to be many interactive, Choose Your Own Adventure-style streaming experiences, and critics can’t seem to agree on the show or what it signals for the future of the format.

The highly self-referential episode follows a video game developer (“Dunkirk” star Fionn Whitehead) who, in the process of working on a choose your own adventure-style video game, must confront the possibility that his own choices are similarly being controlled by some other outside force.

“You could read this as annoyingly self-referential, and initially I did too,” TheWrap’s Tim Molloy wrote in his review of the episode. “But thinking about it more, I think [‘Black Mirror’ creator Charlie Brooker] was being subversive — biting the hand that streams him.”

Other critics were less complimentary of “Bandersnatch” and the way Brooker’s storytelling made use of the multiple-choice technology, with several criticizing the inherently repetitive viewing experience of chasing down the episode’s five various endings.

“While the producers encourage the viewer to try different options and explore potential avenues of the story, the manner in which the narrative keeps circling back to the main through-line becomes numbing and repetitive the longer the experience drags on,” CNN critic Brian Lowry wrote.

NPR’s Linda Holmes also noted that many of the issues one could take with “Bandersnatch” could be framed as intentional meta commentary from Brooker and Netflix, but added a caveat: “You’re probably not supposed to be bored, which I eventually was. And you’re probably not supposed to realize you don’t actually care what happens to any of the people, which I eventually did.”

Willa Paskin of Slate was more blunt in her review, writing, “Self-awareness isn’t a value. The episode is the latest high-tech advancement being proffered to consumers as something that will give us ‘more control’ at the expense of giving up control of our data, our details, our time, and our attention. It’s tech we’re supposed to be able to boss around that bosses us around instead. In that way, it’s a perfect Netflix show.”

Read snippets of other “Black Mirror: Bandersnatch” reviews below.

Also Read: Here's Everything We Know About 'Black Mirror' Season 5 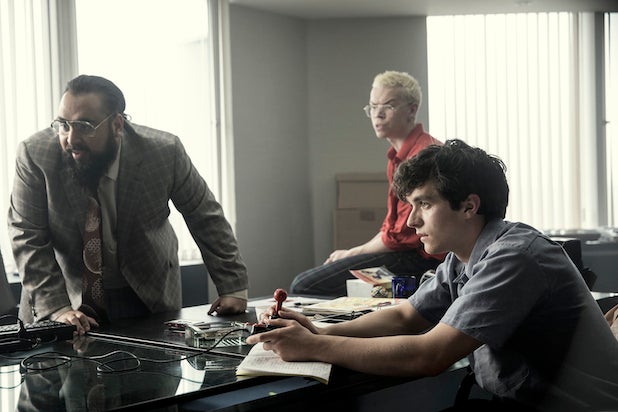 “Bandersnatch has plenty of fun moments and if the construction weren’t so painfully apparent it might even be exciting to guide a story and its characters along. In the end, though, the Black Mirror nature of the movie, with its vague questions about the nature of reality and accidentally pointing at its own problems, hold Bandersnatch back from the much more enjoyable film that got lost somewhere in a maze of meaningless choices.”

“If Brooker had taken a more literal approach to the idea of doing an interactive narrative, it might have proven dull. Instead, he took this as an opportunity to tell a story about how difficult telling stories like these are, really leaning into the meta opportunities provided by that approach while also indulging in some undergrad-level philosophical musings about the nature of free will. It’s a blend that works better than one might think, veering from comedy to pathos to horror with relative ease.”

“The story weaves in the notion that the choices we make essentially create alternative realities, but in a way not much deeper than the historical musings of teenagers in smoke-filled rooms. And while the producers encourage the viewer to try different options and explore potential avenues of the story, the manner in which the narrative keeps circling back to the main through-line becomes numbing and repetitive the longer the experience drags on.”

“That’s not to say Netflix’s pliable film is boring. It’s not. It’s clever, self-aware, well-made and engaging until you’re sent back to an earlier timeline, over and over, then made to relive similar scenarios, over and over. It’s just … frustrating.” 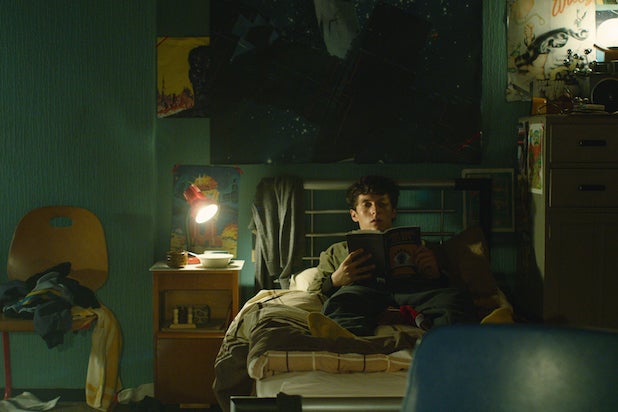 “[I]t’s admirably executed, tightly organized, well-thought-through and a lot of fun, if not particularly frightening or profound. The interactive mechanics are splendidly handled and designed; it runs seamlessly, whatever path you take.”

“My biggest concern was that the interactivity would merely be window-dressing, options that don’t impact character or storytelling as much as they just provide cosmetic, simple differences. That’s definitely not the case with “Bandersnatch.” …  [but] it’s simply not as well-written or involving as the best episodes of “Black Mirror.” Several of the thematic ideas are underdeveloped no matter how you branch the story, and it ends abruptly. I was waiting for a result of a choice that really shocked me or felt like something that would tie the entire experience together into something that transcended the gimmick. It doesn’t quite happen.”

“You could choose to believe that it’s intentional that the story falls apart and that you become disoriented and can’t figure out what’s occurred in this version and what hasn’t. But you’re probably not supposed to be bored, which I eventually was. And you’re probably not supposed to realize you don’t actually care what happens to any of the people, which I eventually did.”

“[T]he genius of ‘Bandersnatch’ is that it’s ultimately a critique of interactivity. During the film, Stefan doesn’t just start to question his free will when he feels that someone else (you) is making his decisions for him, but he ultimately rubs up against the constraints of the binary choices that he’s presented with. In the space of 90 minutes, Brooker has popularised a new form of storytelling, then identified its tropes and dismantled them one by one. In this regard, Bandersnatch is legitimately breathtaking.” 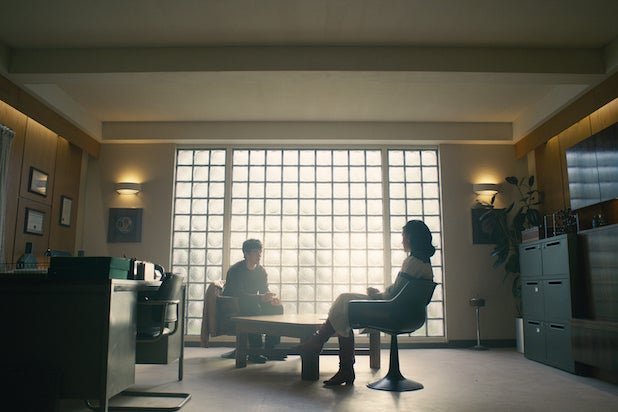 “The editing from decision to consequence is flawless, but it’s the plot and characterization that suffer. In my path, time jumping, hallucinations, dreams and reality all blended together with the choices, some of which undo themselves (presumably so the narrative can go where the writers want it to) … I suppose there might be a path I could have taken that would have satisfied me more. And I also suppose Netflix would love if I went back and tried to find all five endings. But every ending should be satisfying. Every story should be equally strong. That’s a hard hat trick to pull off with this kind of storytelling. But they certainly get a lot of points for trying.”

“Bandersnatch manages to be many things at once: a trippy meta-mindfuck of a Black Mirror episode, simultaneously the longest and the shortest one that creator Charlie Brooker has written (it will last anywhere from 20 minutes to two hours); an homage to 1984; a horror; a time travel story; a Philip K Dick pastiche; and the most essential philosophy lesson we’ve seen since the Good Place.

“But most of all it’s something new in the world: successful interactive TV, something I’ve been waiting to see for years.”

“But just because “Bandersnatch” is about the illusion of choice doesn’t mean it isn’t also foisting the illusion of choice onto Netflix subscribers. Self-awareness isn’t a value. The episode is the latest high-tech advancement being proffered to consumers as something that will give us “more control” at the expense of giving up control of our data, our details, our time, and our attention. It’s tech we’re supposed to be able to boss around that bosses us around instead. In that way, it’s a perfect Netflix show.” 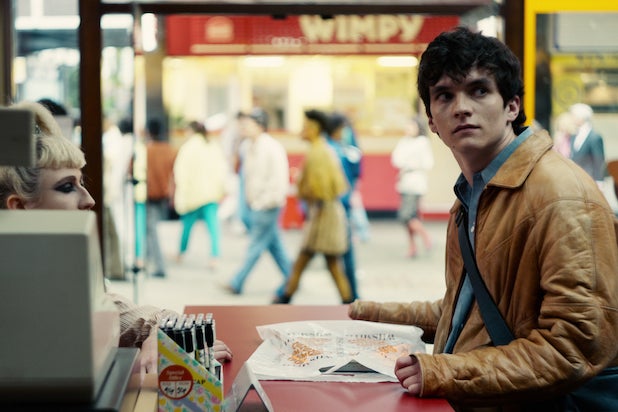