“Black Panther: Wakanda Forever” earned $28 million at the Thursday night box office, opening in the U.S. and Canada beginning at 3 p.m. before expanding to more than 4,396 theaters this weekend.

The Marvel Studios film is set to play in IMAX, Premium Large Format, 3D, D-Box/4D motion and Screen X this weekend. It debuts day and date in all international markets save for China and Russia.

Given the massive success of its predecessor, “Wakanda Forever” is projected to exceed $200 million at the weekend box office, though some estimates fix that number at $175 million. 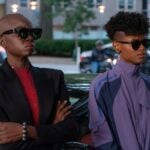 The original “Black Panther” broke the record for the biggest pre-summer preview when it debuted in February 2018 to $25.2 million. By the end of opening weekend, the film took in $202 million and would go on to make more than $1.3 billion at the worldwide box office.

A more recent comparison can be found in Marvel’s “Dr. Strange in the Multiverse of Madness,” which opened in May of this year. The film scored the seventh-largest opening night in history with a whopping $36 million. In total, it made $185 million at the U.S. box office on its opening weekend.

Directed once again by Ryan Coogler, “Wakanda Forever” tells the story of Queen Ramonda (Angela Bassett), Shuri (Letitia Wright), M’Baku (Winston Duke), Okoye (Danai Gurira) and the Dora Milaje (including Florence Kasumba) as they fight to protect their nation from intervening world powers after King T’Challa’s death. In order to forge a new path forward for their kingdom, they team up with War Dog Nakia (Lupita Nyong’o) and Everett Ross (Martin Freeman).

Also Read:
How Many Credits Scenes Does ‘Black Panther: Wakanda Forever’ Have?
x