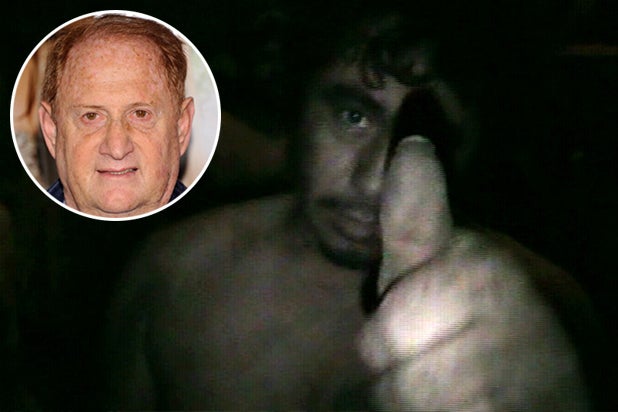 It’s been five years since 33 Chilean miners emerged from the murky depths of a collapsed gold and copper mine after 69 days of mortal terror.

Producer Mike Medavoy has just completed “The 33,” a film about their 2010 survival story starring Antonio Banderas, Juliette Binoche and Gabriel Byrne. Medavoy has been involved with some of the most storied motion pictures made in the past 30 years, including “One Flew Over the Cuckoo’s Nest,” “Platoon,” “Amadeus” and “Silence of the Lambs.”

Those movies were made in a different Hollywood era. The “Black Swan” producer spoke to WaxWord about whether Hollywood would recognize that in “The 33” he has made – in his words – a “$300 million” movie.

SW: So why are we talking today?

MM: Today is the anniversary of these men coming out of the depths of the world. A rock the size of the Empire State Building fell on them.

Also read:  How Mike Medavoy Nabbed the Rights to ‘The 33’

Tell me about the movie, you’ve made it independently?

You have Antonio Banderas as Mario Sepulveda, the famous super Mario. Juliette Binoche plays the person above who insisted that the rescuers continue their work despite the fact that they were going to give up after they drilled in the wrong place. They were down there for 69 days. With four cans of tuna.

We showed the movie in Orange County. It got a 92 in the top two (recommendation) boxes, with an 80% recommend. It played to all audiences.

How did you get the rights to the story?
One is, I lived in Chile for 10 years.  The fact that I lived there, spoke the language, could get it done, and do a really good job – that allowed them to have some faith that I would not betray them and do some shoddy movie about their lives. That was basically it. I had to convince all 33 of them – 33 of them signed off on the contract.

How did you do that?

I met some of the miners here, they were here on a church mission. And I went down to Chile and met them all.

I walked into that mine. I don’t think anyone in their right mind wants to work in one of those mines. It’s totally claustrophobic. It’s scary. When you have that kind of mountain that comes down on you. It was twice the size of the Empire State building.

At the end of this movie, I cried. I actually cried because I knew I’d pulled it off. The only other time that happened to  me was on “Philadelphia,” when I knew I’d done something good. And on “Cuckoo’s Nest,” first big movie I was involved with.

So what is your plan for distribution. Do you want a big studio to distribute this movie?

I’d love it. These movies do well if they’re good. I’m pretty sure I made a great movie.

This time, I’ve seen the movie, I know what we’ve got. It’s one of those movies like “Black Swan,” that can do $300 million, I really believe that. Lots of things can happen.