That is in line with what industry projections had set for the first Marvel film in two years, easily topping the $70 million opening of Universal’s “F9” but opening shy of the $100 million mark and just below the $92.5 million earned by “Spider-Man: Far From Home” in July 2019. As usual, Marvel fans have embraced the film with audience reception showing an A- on CinemaScore and a 92% Rotten Tomatoes score to go with an 80% critics score. 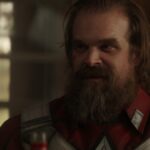 As expected, it has been two tried and tested franchises — “Fast & Furious” and the MCU — that have brought box office numbers that are closer to what would normally come during the summer blockbuster season. But while “F9” is a theatrically exclusive release, “Black Widow” was also released this weekend as a $30 premium offer for Disney+ subscribers. As Disney keeps its PVOD numbers under wraps, it is very difficult to determine exactly how much of an impact the hybrid release has had on the box office.

Overseas, the film had a solid performance with mid-week openings in multiple major markets. In the UK and France, “Black Widow” opened to $5 million on Wednesday before opening in 30 more countries on Thursday. Heading into the weekend, the film sported an overseas total of $22.4 million, though numbers are still expected to be diminished as much of the world’s theatrical market is still recovering from COVID-19.

Back on the domestic side, the trio of Universal films that led last weekend’s box office will stay in the top five this weekend, with “F9” earning an estimated $10.4 million in its third weekend to bring its total to $140 million. DreamWorks’ “The Boss Baby: Family Business” is in third with an estimated $8.7 million for a $34.7 million 10-day total.

Blumhouse’s “The Forever Purge” is in fourth with $6.8 million and a $27.5 million 10-day total, while Paramount’s “A Quiet Place — Part II” has reached the $150 million domestic mark with an estimated $3 million grossed in its seventh weekend.