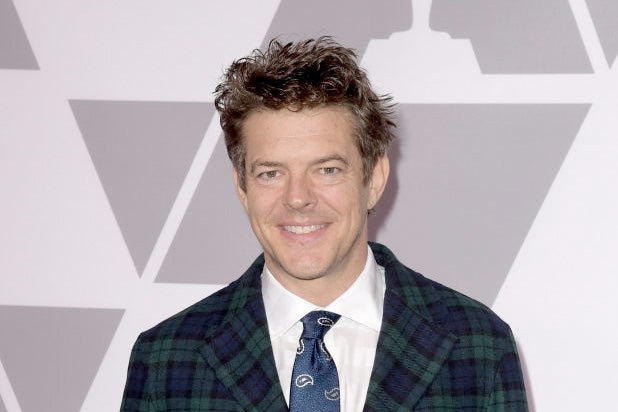 For Jason Blum, the Best Picture-nominated “BlacKkKlansman” marks the third project of his that has been nominated for an Academy Award. But this one, he says, feels different.

“It feels more fun because I can actually enjoy it and not be so nervous about it,” Blum told TheWrap. “I’ve been through it before. With awards season, you don’t know what events you have to go to, what’s good, what’s bad — it’s just been much, much easier this time around and I’ve been able to enjoy it more.”

“When the movie screened at Cannes, there were conversations that it merited Academy attention, and we felt it merited attention but I was happily surprised by the Best Picture nomination, and prouder still of Spike’s nomination,” Blum said. “He’s never been nominated before, so that’s the best single thing about my experience with ‘BlacKkKlansman.'”

One of the categories the film is also nominated in is Film Editing — one of the categories the Academy recently decided to announce during the commercial break instead of announcing it during the broadcast. The decision was mostly met with criticism, with the condemnation stretching from Oscar watchers to past Oscar winners Guillermo del Toro, Alfonso Cuarón and Emmanuel Lubezki. But Blum has a different point of view on the matter.

“I think the show can’t be three hours — everyone agrees,” he explained. “The first Academy Awards had just eight categories. I commend John and the Board of Governors for the choices they make. Someone has to make a leadership choice — ratings are going down and they have to make it a show for consumers. It’s not going to make everyone happy but they have to rein in the length of the show. It’s a compromise. Everyone is outraged about the decision but at the same time, everyone says the show is so boring and so long. You have to address that. The Academy Awards are so important because they push a business about money to being a little bit less about money. The only way to do that is to be seen and make the show that much better. And that’s one of the hardest choices.”

The upcoming awards show isn’t the only thing on Blum’s schedule. In fact, he has 17 upcoming projects that have been announced. There’s also “Happy Death Day 2U,” which just hit theaters this week, and the TV series “Into the Dark” which is premiering on Thursday.

He will next serve as a producer on Jordan Peele’s “Us,” Tate Taylor’s “Ma,” Jeff Wadlow’s “Fantasy Island” and Leigh Whannell’s “The Invisible Man.” And Blum has worked with Peele previously, on last year’s “Get Out” and this year’s “BlacKkKlansman” — and he doesn’t see that relationship ending anytime soon.

When asked whether he says yes to any project Peele pitches, Blum said, “Totally! Especially if it’s scary. [In terms of ‘Us’] I thought it was great that he wanted to do another scary movie. If he comes to us, we’ll say yes!”

And Blumhouse Productions, which Blum founded in 2000 and is behind films like “The Purge” and “Insidious” franchises,” has a Rolodex of actors, directors and partners it consistently wants to work with. Peele is just one example — Blumhouse has worked with Lucy Hale, Whannell, Christopher Landon and M. Night Shyamalan on multiple projects.

“We always go back to the people we worked with before — we definitely have a shorthand,” he said. “‘Happy Death Day 2U’ is Chris Landon and I’s seventh movie, and I’m proud of that — it shows that people like the experience with the company, and that was part of my goal for Blumhouse Productions.”

Still on his dream list of people to work with: “Nightingale” director Jennifer Kent, Edgar Wright and Ben Stiller as a director.