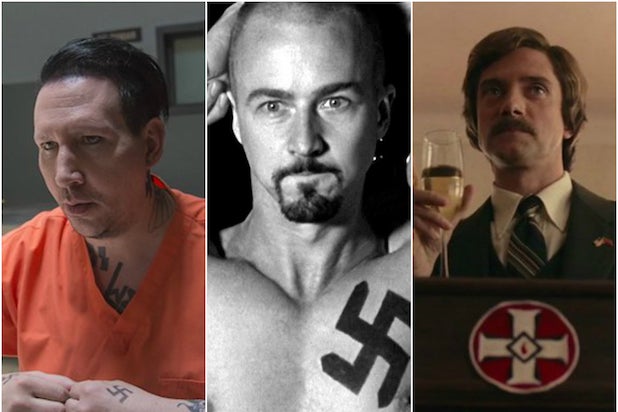 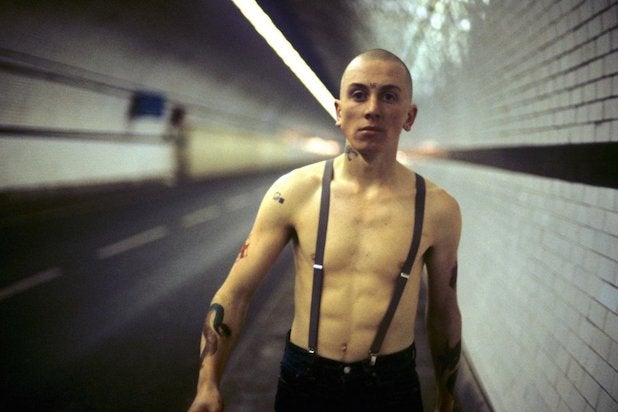 BBC2
Tim Roth in "Made in Britain" (1982) Tim Roth made his onscreen debut in Alan Clarke's TV movie "Made in Britain." He played a teenage, British skinhead who rejects authority, frequently gets violent and has a torrent of four-letter words in his arsenal. Roger Ebert called Roth's performance "truly satanic." 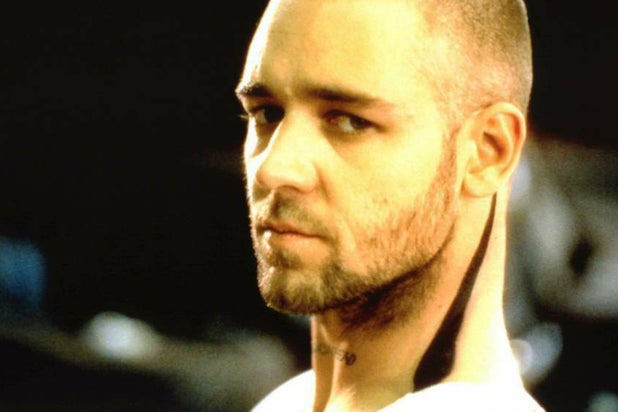 20th Century Fox
Russell Crowe in "Romper Stomper" (1992) Before he was famous, Russell Crowe played a skinhead fighting to keep his neighborhood from changing in this provocative and rambunctious Australian film that the trailers compared to "Mad Max" and "A Clockwork Orange." 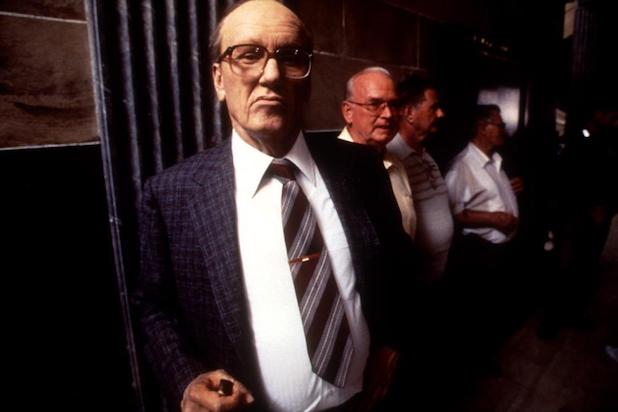 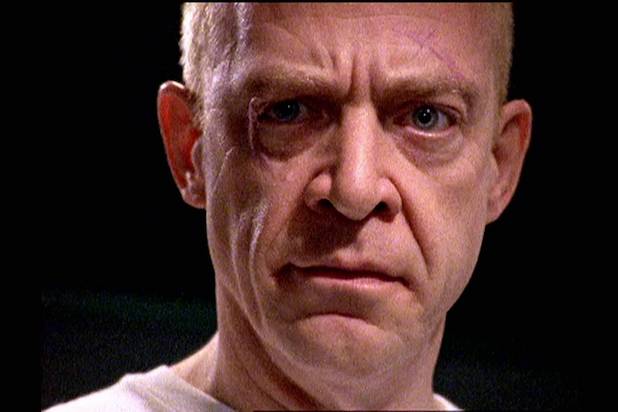 HBO
J.K. Simmons in "Oz" (1997) For six years, J.K. Simmons played the incarcerated neo-Nazi Vern Schillinger on "Oz." In an interview with NPR, Simmons joked that Schillinger may appear evil, but he's really just a "sweetheart." "My general philosophy of playing bad guys, which I've sort of done, you know, half the time is, you know, very few people who we view as bad guys get out of bed and think what evil, terrible thing am I going to do today? Most people see their motivations as justified -- as, you know, justifying whatever they do," he said. 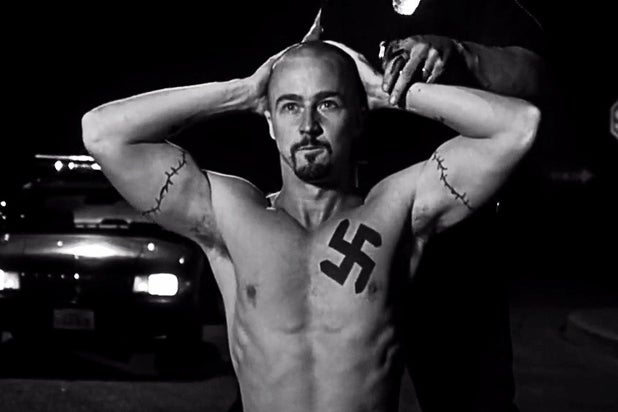 New Line Cinema
Edward Norton in "American History X" (1998) Tony Kaye's cult film "American History X" is notorious for its hyper-violent curb stomping scene, its pointed dialogue and Edward Norton's ferocious and scarily eloquent performance as Derek Vinyard, who tries to reform and prevent his brother from following his same hateful path after getting out of prison. 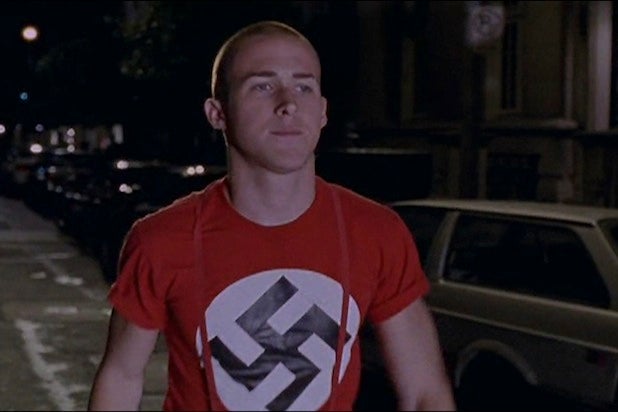 Lions Gate Films
Ryan Gosling in "The Believer" (2001) After winning big at Sundance in 2001 and sparking protests at screenings, "The Believer" delayed its release to 2002 in the wake of 9/11. Ryan Gosling plays a Jew and apple of his rabbi's eye turned into a scarily intelligent anti-Semite. The film is based on the true story of a New York Times report in the '60s that revealed a KKK member to be Jewish. 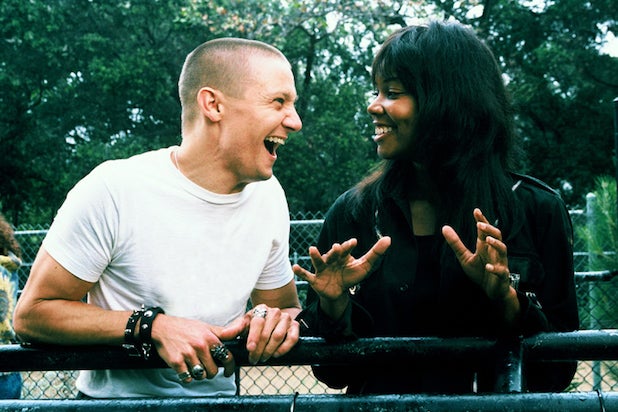 Kismet Entertainment Group
Jeremy Renner in "Neo Ned" (2005) In this unusual romantic comedy, Jeremy Renner plays a member of the Aryan Brotherhood recently out of a mental institution who falls for a woman (Gabrielle Union) who believes she's the reincarnation of Adolf Hitler. 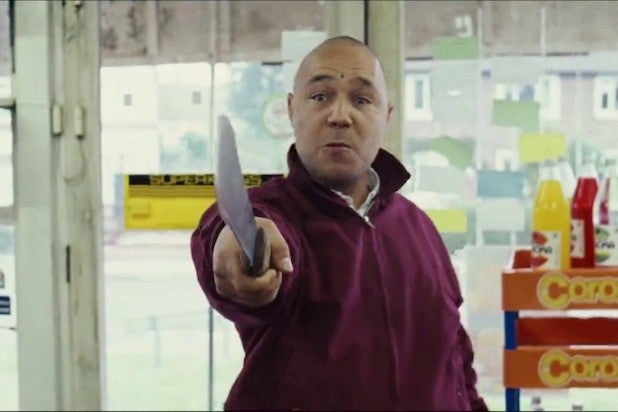 IFC Films
Stephen Graham in "This Is England" (2006) Shane Meadows' British coming-of-age story follows an outcast boy who falls in with a group of other outcasts (skinheads) and is taken under the wing of a gang leader named Combo (Stephen Graham). 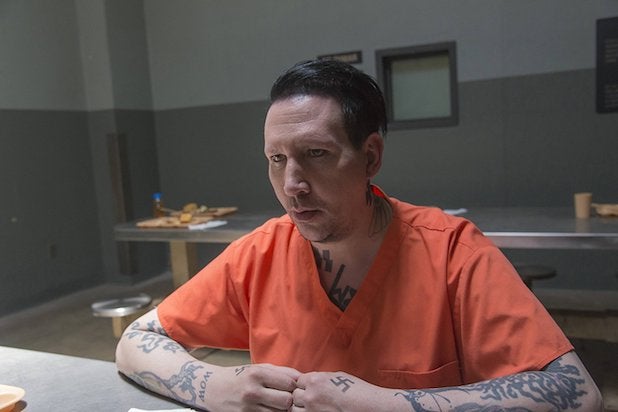 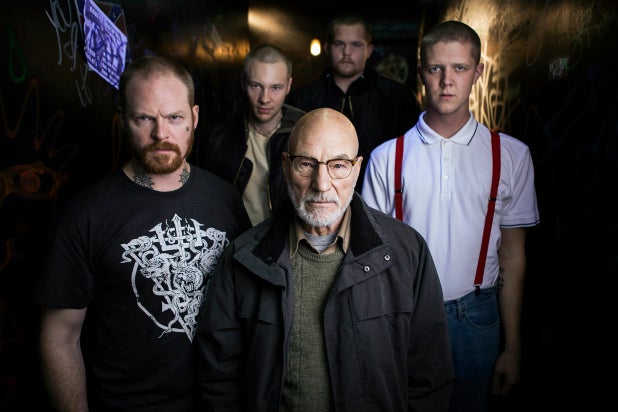 A24
Patrick Stewart in "Green Room" (2015) Patrick Stewart was quite the surprise casting choice as a villain in Jeremy Saulnier's "Green Room." A punk band finds themselves trapped after witnessing a murder, and Stewart plays the leader of a group of neo-Nazis with a menacing calm. 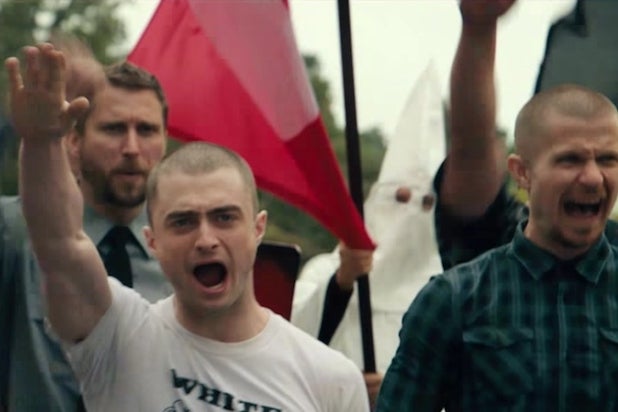 Lionsgate
Daniel Radcliffe in "Imperium" (2016) Since leaving Harry Potter, Daniel Radcliffe has played everyone on screen from a millennial looking for love to Alan Ginsberg to a farting corpse. And in 2016, he didn't quite play a white supremacist, but an FBI agent attempting to infiltrate a group of skinheads. His performance was praised by critics as bearing the weight of his job and empathizing with his hateful brothers. 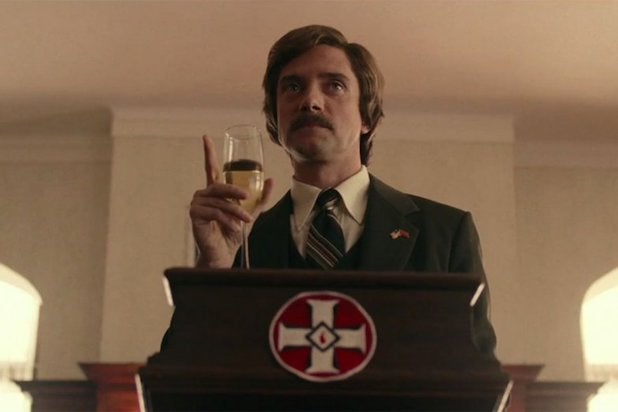