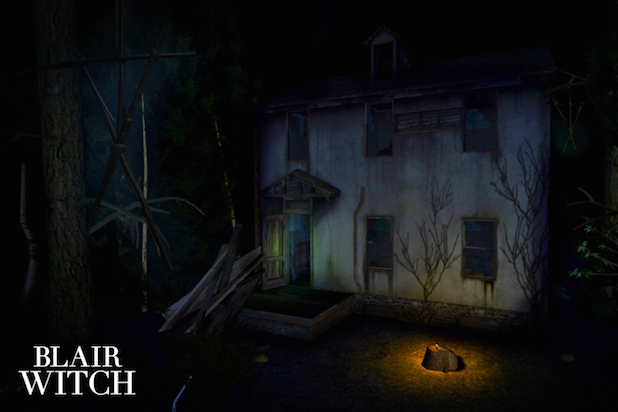 There’s a new “Blair Witch” in town, and we’re not just talking about the movie.

Just as the original 1999 film ushered in an era of found footage horror, Lionsgate is now hoping to usher in the era of virtual reality ads with a specially designed “Blair Witch” VR trailer.

The 90-second “experience” is available now on the Sisters VR app, which you can download on your phone for use via Google Cardboard or the Samsun Gear VR headset. The VR trailer comes out of a joint venture between Lionsgate, new ad tech company Vertebrae and production house Otherworld Interactive, which created the Sisters app.

Ad tech companies serve up all those ads you don’t see because you have your ad blocker on.

Vertebrae, however, focuses on serving and tracking VR ads, particularly “native” advertising that plays just like the regular, non-branded content it lives with — à la the “Blair Witch” ad.

As more programmers start making virtual reality content — like Fox live streaming a college football game in VR — the more need there is for someone to serve those ads and keep track of whether anyone is actually watching them.

Vertebrae, which is just emerging from stealth mode, has raised $10 million in Series A funding.