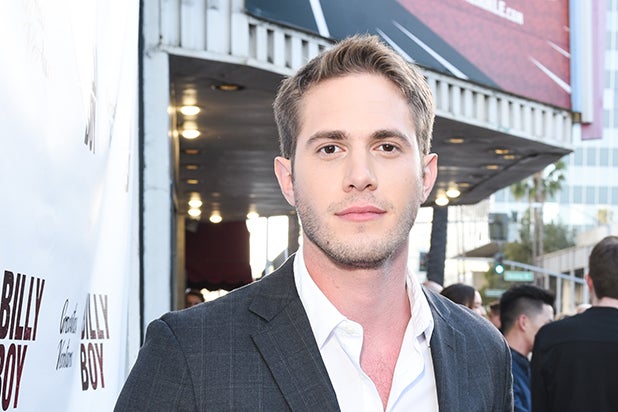 Former “Glee” star Blake Jenner has released a lengthy statement responding to the allegations of domestic abuse raised by his ex-wife and former co-star Melissa Benoist late last year, taking “full responsibility” for the injuries the “Supergirl” star sustained during their relationships while saying the emotional and physical abuse was “inflicted from both ends.”

“I take full responsibility and accountability for the hurt that I inflicted during my relationship with my past partner–emotionally, mentally and yes, physically,” Jenner wrote in the statement, which was posted to his Instagram account on Thursday, nearly a year after Benoist first went public with her accusations.

However, the actor also accused Benoist of abusing him while they were together, saying that she “isolated” him from loved ones throughout their relationship and at one point broke his nose. “I was scratched. I was slapped. I was punched in the face, which caused a trip to the hospital to treat my broken nose,” he wrote. “I, too, have had to conceal and make up lies about many visible injuries I had incurred throughout the relationship.”

Representatives for Benoist did not immediately respond to TheWrap’s request for comment.

The actor said he has been undergoing therapy to work through the “root causes that gave way to everything that had happened.” He also said there are “discrepancies” between his recollection of events and Benoist’s but did not include specifics, out of what he described as an effort to protect her privacy.

“This is something that I feel as though many people do not understand: I want her to heal, but I, too, want to heal–and I choose to believe that the two are not mutually exclusive,” he wrote.

Jenner did directly address one incident Benoist described in her Instagram video from November. Benoist said at the time that Jenner threw his iPhone at her face, causing a torn iris and broken nose. In Jenner’s retelling, he “threw [his] phone aimlessly” during an argument and accidentally struck Benoist, causing the injury.

Also Read: 'Glee' Cast, Other Stars Pay Tribute to Naya Rivera: 'What a Force You Were'

“To whoever is reading this, I am sorry for the loss of respect and trust; for injecting any ounce of negativity or sorrow into a world that is already infected with so much sorrow as is,” he wrote, also issuing a direct apology to Benoist, who is never directly named in the statement.

Benoist and Jenner were married in 2015 after co-starring on the Fox musical dramedy “Glee.” Benoist filed for divorce from Jenner in December 2016, citing “irreconcilable differences,” and the divorce was finalized in December 2017. In September, she married “Supergirl” co-star Chris Wood.