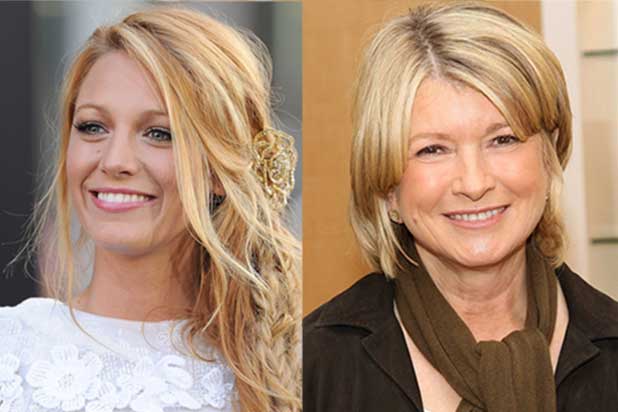 Martha Stewart can’t understand why a successful actress like Blake Lively is trespassing on her turf, but Lively is determined to make her lifestyle website a success, with or without Stewart’s approval.

“I want to have my own path professionally and even as she said, I’m an actress,” Lively told E! Online, after learning of Stewart’s objections. “But really what it is, is I have two passions. And I think ultimately, I will always be doing both, but one is going to be paying the bills better than the other.”

As TheWrap previously reported, Lively’s new website — Preserve.us — strives to be an all-encompassing guide to living wonderfully. If you visited the site this very second you’d find a recipe for pulled-pork sandwiches, an essay about dudes who decorate their beards with flowers and a cleavage-flaunting picture of Lively herself, as she’s hunched over to write the her own site’s mission statement.

When Stewart, who is not only one of the world’s leading experts on better living but also Lively’s friend, heard about the actress’s new venture, she was a bit dismissive.

But the 26-year-old “Gossip Girl” star doesn’t have to try, she says it comes easy to her.

“It was a very natural transition for me,” Lively continued. “Everything that Preserve is is everything that I grew up around in a big way.”

“It’s what I know better than acting so being in this space is something I’ve done my whole life, just not professionally.”

Lively didn’t say whether she’s disappointed by Stewart’s lack of support, but apparently it doesn’t matter — she’s still determined to become her.

“Who doesn’t want to be Martha Stewart?” Lively said. “Martha Stewart has been a huge inspiration to me my entire life.”