Blanca Blanco didn’t get the “negra negro” memo — but the actress who wore red to the Golden Globes told TheWrap she still supports the #TimesUp and #MeToo movements.

The actress — whose name translates to “white white” in English — showed up to the 75th Golden Globes in a stunning red dress that normally would’ve been given two thumbs up. (And for those who aren’t fluent in Spanish — or able to use Google Translate — “negra negro” means “black black” in Spanish.) But with nearly all of Hollywood’s stars decked out in all-black to support the #TimesUp and #MeToo movements, Blanco’s red dress stood out.

“I love red. Wearing red does not mean I am against the #TimesUp movement,” Blanco texted to TheWrap. “I applaud and stand by the courageous actresses that continue to break the circle of abuse through their actions and their style choice. It is one of many factors leading women to a safer place because of their status in the acting world. I am excited about the ‘Times Up’ movement because true change is long overdue.”

If you missed it, you can check out her look below. 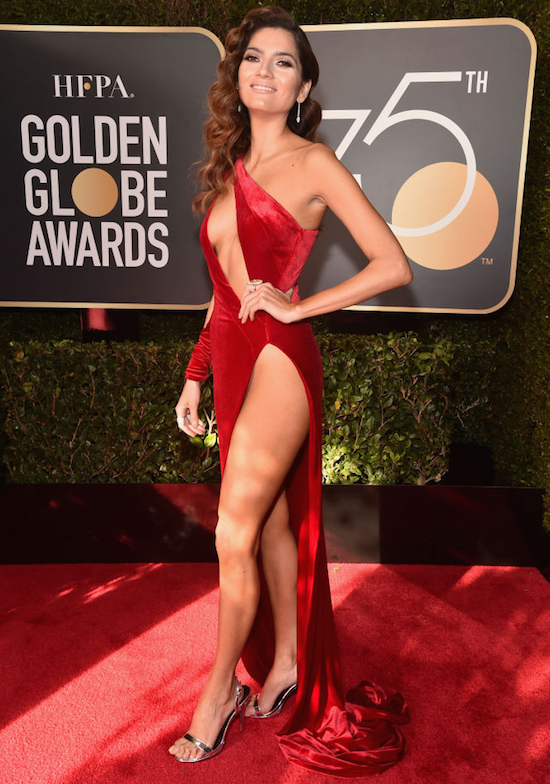 Blanca Blanco at the Golden Globes… in red

And if you’re suddenly interested in Blanco’s work, she’s starred in “Showgirls 2: Penny’s From Heaven,” and “Fake News,” which came out last year.

Blanco wasn’t the only one who didn’t follow the all-black memo, though. Model Barbara Meier showed up in a floral-inspired dress, and Meher Tatna, president of the Hollywood Foreign Press Association, wore a red outfit that reflected her Indian heritage. She said onstage that she supported women who have spoken out. 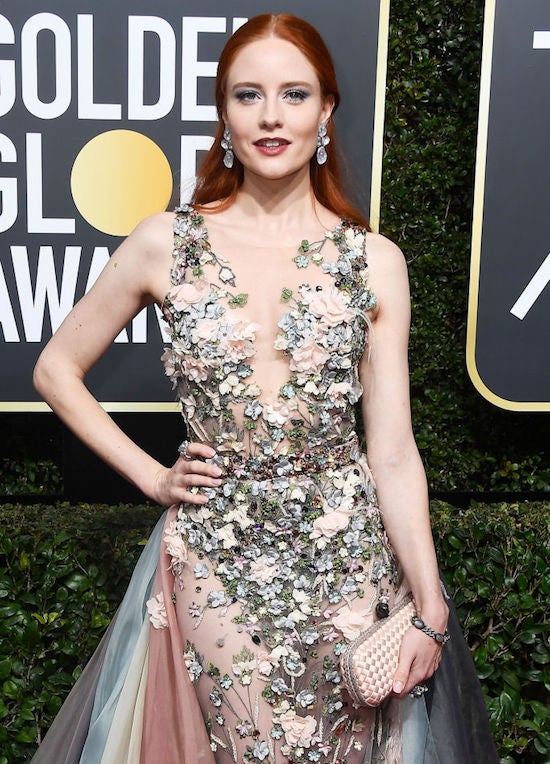 why is Barbara Meier not in black? #GoldenGlobes pic.twitter.com/b4R7YgdT2I

A rare splash of color by @goldenglobes president Meher Tatna. Controversial but look at it this way: She's born in India where this red IS our basic black. pic.twitter.com/9Mfwm1Ubp8