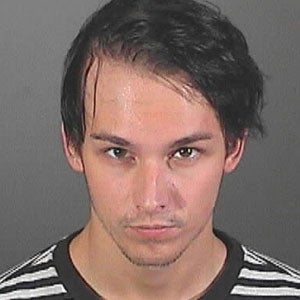 No one said burglary is easy – considerable craft and cunning are required of all successful thieves. But staying out of jail after heists seems a fairly straightforward, non-rocket science proposition: Sell property only to trusted fences, avoid lavish spending sprees immediately after the burglaries – and don’t wear stolen jewelry to court arraignments or admit to committing the thefts on national TV.

Alas, some teen members of the West Valley Bling Ring charged with stealing more than $3 million worth of celebrities’ goodies cannot master these fundamentals.

In December, accused member Courtney Leigh Ames showed up in L.A. Superior Court to plead not guilty to a charge of receiving stolen property – while wearing what appeared to be a cruciform necklace belonging to Lindsay Lohan.

Elaborating, Prugo said, "I’m trying to take early responsibility for my crimes” and “make amends to all the victims . . . and giving all the stuff back.”

Still, Prugo pleaded not guilty at his December 2 arraignment, although a March Vanity Fair article on the Bling Ring says that originally Prugo “confessed to police without first getting a deal” and speculated that he will be a star witness against his erstwhile friends, who include Ames, Rachel Lee, Diana Tamayo, Alexis Christine Neirs, Roy Lopez Jr. If nothing else, Prugo was a very chatty canary for the magazine feature.

In the Vanity Fair piece Prugo quickly emerges as an outsider within the crew. Prugo’s attorney had previously failed to get his client’s case severed from his friends’ and Prugo told Stephanopoulos that if “trying to help out the police makes me a rat, then so be it."