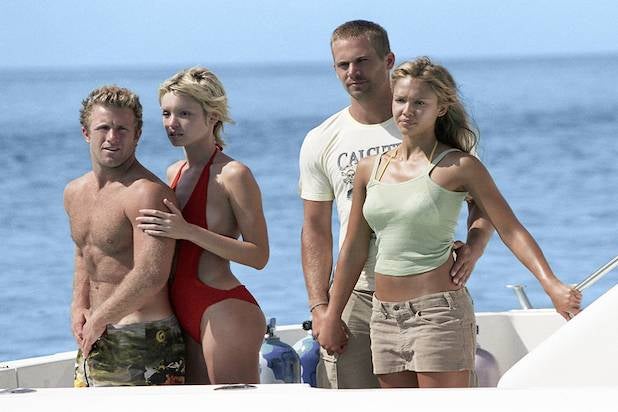 Columbia
"Into the Blue": This sexy 2005 thriller is the cinematic antithesis of an East Coast blizzard. Jessica Alba and the late Paul Walker flaunt their insane beach bodies as divers who run into trouble with a water-bound drug lord. [Google Play] 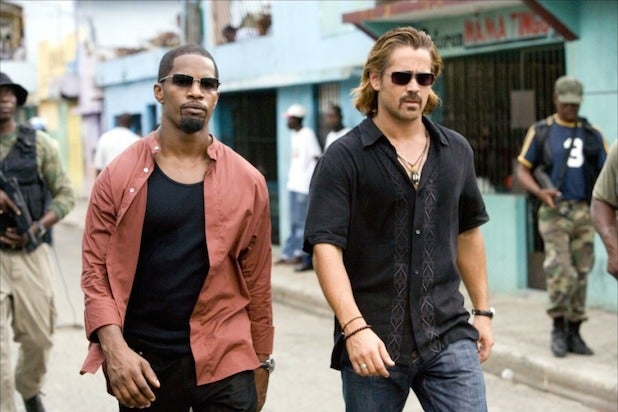 Universal
"Miami Vice": Sonny Crockett and Rico Tubbs are the white-blazer, high-top-fade wearing faces of the law in Miami. Catch all five seasons of the Don Johnson hit streaming on Netflix for glimpses at sunnier weather. If you want a more modern take, Amazon Instant Video has the 2006 reboot starring Colin Farrell and Jamie Foxx available for download. 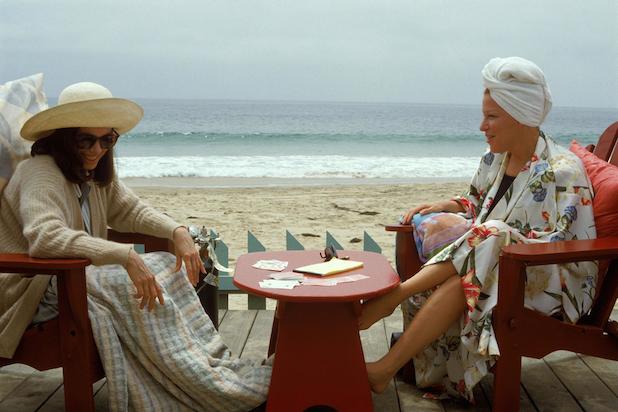 All Girl Productions
"Beaches": This story of a decades-long friendship inspires plenty of tears but also hits the sands of the Jersey Shore, South Beach and Santa Monica. With Bette Midler and Barbara Hershey, directed by Gary Marshall, "Beaches" will thaw that heart of yours. [Google Play]

Universal
"Forgetting Sarah Marshall": Jason Segal's actress girlfriend (Kristen Bell) dumps him for an egotistical rocker (Russell Brand). In his grief, Segal follows the pair to a Hawaiian resort where he attempts to win her back. Hilarious, and a breakout role for Mila Kunis, this film is a solid way to get lei'd in the midsy of the storm. [Amazon Prime]

Columbia
"Blue Lagoon": Conch shells, makeshift man bikinis and plenty of palm trees. "Blue Lagoon" is the quintessential tropical escape flick. Shiver in your layers with Brooke Shields and Christopher Atkins in the 1980 original on Netflix, or with Brenton Thwaites and Indiana Evans in the 2012 remake available for rent at Amazon video.

Warner Bros.
"Joe vs. The Volcano": While it ranks among the more forgettable pairings of Tom Hanks and Meg Ryan, this comedy sees a schlep (Hanks) diagnosed with a fatal brain disease. A billionaire takes advantage of his condition, offering him unlimited wealth if Hanks agrees to plunge into the mouth of a volcano as a human sacrifice -- to appease the native population of an island his benefactor owns. It's a bit complicated, but it doesn't get hotter than lava. [Google Play]

Figment Films
"The Beach": Leonardo DiCaprio stars with the then-breakout Tilda Swinton and newcomer Virginie Ledoyen in a tale of tourists who stumble upon paradise but inadvertently fall prey to drug lords who break up their utopian existence.

Jerry Bruckheimer Films
"Bad Boys": Will Smith and Martin Lawrence made this Miami-set cop romp plausible and funny, with plenty of Michael Bay shenanigans topped with a healthy amount of buddy comedy. Catch it at Google Play, and it's sequel costarring Gabrielle Union streaming on Netflix.

Columbia
"Casino Royale": Any James Bond film with the dashing Daniel Craig is worth your time, especially when you have plenty to burn. This particular installment,  costarring Eva Green, brings added heat with the appearance of Craig in his signature, robin's egg blue man bikini. [Amazon Instant Video]

Columbia
"Charlie's Angels: Full Throttle": After dynamite box office and positive reception from fans and critics, Cameron Diaz, Lucy Liu and Drew Barrymore's realunch of the "Charlie's Angels" franchise was bound to see a sequel. With uncountable costume changes and glamorous locations, the McG-directed sequel is like a whirlwind vacation with your imaginary best friends. [Netflix]

Touchstone Pictures
"Splash": If you thought relationships were hard, try dating a woman with a fish tail for legs, who speaks fluent dolphin. Starring Tom Hanks and Daryl Hannah, this 1984 Ron Howard romantic comedy, is the perfect distraction on a snowy day. Splash tells the story of a man (Hanks) who falls in love with a mermaid named Madison (Hannah), as the two become entangled in a series of fishy misunderstandings. [Google Play]

Paramount
"Pain and Gain": Steroids, track suits, muscle cars, Ray Bans and Rebel Wilson. "Pain and Gain" is another Michael Bay gem that generates as much heat with its Floridian location as it does its ripped male stars: Mark Wahlberg, Anthony Mackie and Dwayne Johnson. [Netflix].

New Wave Entertainment Television
"Chelsea Peretti: One of the Greats": While this comedy special from "Brooklyn Nine Nine" star Peretti takes place in San Francisco, you could watch it in an igloo and generate enough heat from laughter to melt New York's frozen sidewalks. Petetti's deadpan coupled with insight makes her easily one of the best performers and writers of her generation. [Netflix]