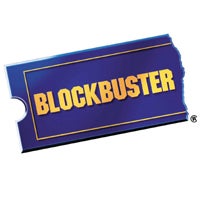 Blockbuster, the teetering video rental chain, released its fourth-quarter earnings results on Wednesday. Analysts predicted that the news would be bad — but it turned out even worse.

Wall Street cognoscenti had been predicting that the chain would lose 12 cents and and fall to $1.08 billion in revenue, according to a survey of analysts by Thomson Reuters.

In light of the worsening financial picture, Blockbuster announced it would accelerate the shuttering of the 1,000 stores previously targeted for closure.

Blockbuster CEO Jim Keyes told investors that the company would also ramp up its entry into the kiosk market and would continue experimenting with alternative means of distribution, such as its recently announced partnership with T-Mobile and Motorola to rent movies over cellphones.

Keyes also put the onus on the company’s longterm fiscal health on the studios, saying that he hoped other studios would join Warner, Universal, and Fox in delaying distribution of new releases to vendors such as Redbox.

Last January, Warner entered into an agreement with one of the key agents behind Blockbuster’s precipitous decline, Netflix, in which the subscription service would honor a 28-day delay before offering new releases to customers in exchange for greater access to catalog titles.

That deal was hailed by Blockbuster executives at the time, and the chain would clearly like the other studios to follow suit.

The company announced that it will also entertain plans to restructure its over $900 million in debt. Last year, the Dallas-based chain raised $675 million in a debt offering.

One positive note — particularly in light of the company’s plans to further trim its bottom line — was the news that Blockbuster had slashed operating expenses for the fourth quarter by 7 percent to $934 million as compared to $1.01 billion for the same period a year ago.

Though many rushed to predict Blockbuster’s eminent demise in the wake of another dismal quarter, the company’s very survival is no small accomplishment. Movie Gallery and Hollywood Video recently filed for bankruptcy for a second time and have been closing stores at an even more frenzied pace than Blockbuster.