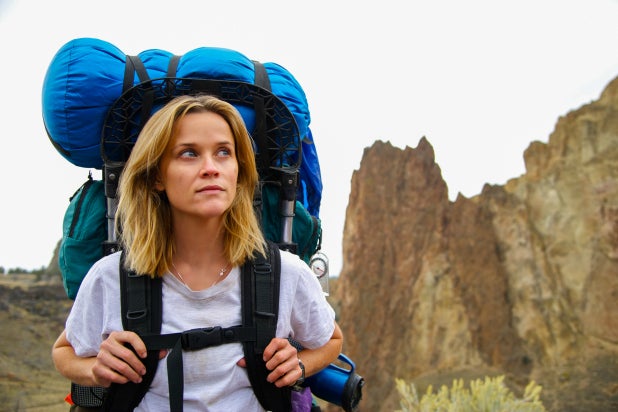 Small films like “Foxcatcher,” “Whiplash” and “Wild” are positioned to cash in at the box office after winning Best Picture Oscar nominations Thursday, while blockbusters “Gone Girl” and “Interstellar” missed the cut.

With the Ben Affleck thriller and Christopher Nolan‘s space epic out of the running — and hits like the Angelina Jolie-directed “Unbroken” and the Disney musical “Into the Woods” similarly snubbed — this year’s Best Picture class will be the weakest at the box office in several years. That matters, because the TV ratings for the Academy Awards go higher if more people have seen the spotlighted movies.

“American Sniper” is expected to debut at around $50 million in its nationwide expansion this weekend, and will bring some added commercial firepower thanks to its six Oscar noms, including one for star Bradley Cooper.  The Warner Bros. war saga is heading for $200 million domestically, but for now, none of the nominees have topped $100 million at the domestic box office.

Last year, “Gravity,” “American Hustle,” “The Wolf of Wall Street” and “Captain Phillips” all managed the feat. And in 2013, a stunning six films topped the mark and a seventh just missed. But this year, the combined domestic hauls of Fox’s “Gone Girl” ($167 million) and Paramount’s “Interstellar” ($185 million) are more than the total of the eight Best Picture nominees combined.

The Weinstein Company’s “The Imitation Game” is the highest-grossing Best Picture nominee still in wide release with $42 million, and will also be helped by the Best Actor and Actress nominations for Benedict Cumberbatch and Keira Knightley. TWC expanded the drama about British cryptologist Alan Turing nationwide just last weekend, as did Paramount with its civil rights drama “Selma,” another contender for the top honor.

“The combination of a Best Picture nomination and one in the acting categories can really make a difference,” BoxOffice.com senior analyst Phil Contrino told TheWrap Thursday. “The bump for ‘American Sniper’ should be strong, because Bradley Cooper is going to get a lot buzz, and the same goes for ‘Imitation Game’ because of Benedict Cumberbatch.”

Focus Features’ Stephen Hawking biopic “The Theory of Everything” should similarly benefit from the Best Actor and Actress nominations of stars Eddie Redmayne and Felicity Jones, plus its Best Picture nod.

The survival saga “Wild” has already rung up nearly $31 million for Fox Searchlight, and Reese Witherspoon’s Best Actress nomination should give it some added momentum. And Julianne Moore’s nomination in that same category should provide a timely lift for “Still Alice,” which rolls out in limited release for Sony Classics this weekend.

Searchlight also has the dark comedy “Birdman,” another Best Picture contender, still in theaters. An acting nomination for star Michael Keaton and supporting nods for Emma Stone and Edward Norton could bring new life to the dark comedy directed by Alejandro Gonzalez Inarritu, who was also nominated. It has taken in $26.5 million since opening in October.

Also Read: Michael Keaton on His Oscar Nomination: What’s Not to Love About Awards Season?

Steve Carell’s Best Actor nomination and the Supporting Actor nod to Mark Ruffalo could bring new life to Sony Pictures Classics’ “Foxcatcher,” which is at $8.7 million since opening in November.

Fox Searchlight’s comedy “The Grand Budapest Hotel” has rung up nearly $60 million since opening in March, but won’t be able to capitalize significantly on its nomination because it’s already out on DVD. Richard Linklater’s coming-of-age tale “Boyhood” came out on DVD earlier this month, but IFC Films will put it in around 100 theaters this weekend. It’s made $24 million domestically since opening in July.