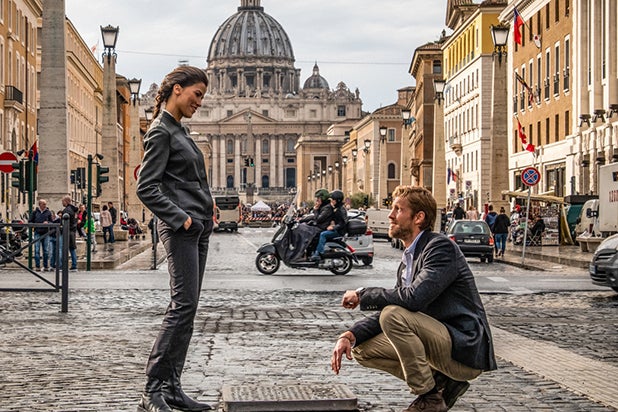 CBS has renewed the summer drama “Blood & Treasure” for a second season, the network announced on Wednesday.

Described as a “globe-trotting action-adventure drama,” the series stars Matt Barr as a former FBI agent who teams up with a resourceful art thief, played by Sofia Pernas, to catch a ruthless terrorist who funds his attacks through stolen arts and antiquities.

“‘Blood & Treasure’ is a fun, escapist adventure with comedic elements filmed in multiple locales around the world that has been a great performer and a wonderful addition to our summer schedule,” Amy Reisenbach, executive vice president, Current Programs, CBS Entertainment, said. “We’ve heard the story pitch for season two and look forward to seeing all-new exploits from Russia to Southeast Asia next year.”

In the weeks since its debut late last month, “Blood & Treasure” has performed well for CBS on Tuesday nights, averaging 5.71 million viewers as the summer’s most-watched new scripted series.