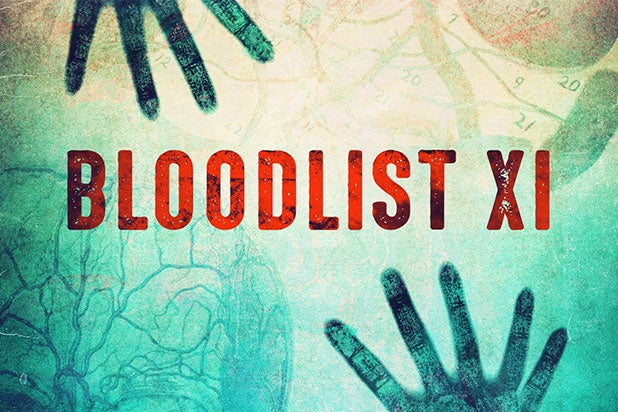 Olivia Wilde’s next directorial project “Don’t Worry, Darling,” written by Carey Van Dyke and Shane Van Dyke, and the Eli Roth-produced “10/31” are among those unproduced scripts selected for the 2019 BloodList.

Also on the list is bodybuilding thriller “APEX” and time-traveling sci-fi film “The Traveler” by Austin Everett.

The BloodList is an annual list of the best unproduced screenplays and pilots of the year. It was created in 2009 by Kailey Marsh, who is a manager and producer at Brillstein Entertainment Partners.

This year’s list also includes the fourth annual Fresh Blood Selects, which is a collection of unrepresented horror, thriller, sci-fi and dark comedy scripts which are sent through the free submission system. The top ten out of 513 submissions were selected.

“I want to thank everyone who has supported BloodList for the past decade and helped it grow into something special,” Marsh said in a statement. “It’s been a pleasure to bring exposure to talented writers and projects in the horror genre!”

Title: SHUT IN
Writer: Melanie Toast
Genre: Thriller
Logline: A single mother must do everything she can to protect her children and survive when she is held captive by her violent ex, and her two young children are left at risk.
Status: Set up at New Line. Cinestate, Farah Films and Vertigo
Entertainment are producing.
___
Title: APEX
Writer: Stephen Vitale
Genre: Psychological Thriller/ Horror
Logline: A mysterious loner heads to Muscle Beach in 1985 to pursue a career as a competitive bodybuilder. Struggling to transform his physique, he unleashes a darker side of himself as he descends into madness.
Status: Stephen Vitale is attached to direct. Keep Your Head
Productions, Free Will and Wild Bunch are producing.
___
Title: DEEP WATER
Writer: Tracee Beebe
Genre: Horror/Thriller
Logline: Trapped on a sinking boat in shark infested waters, two young women must work together to survive a threat worse than the predators lurking beneath the waves…
Status: Vincent Newman Entertainment and Joe Russo are producing.
___
Title: THE TRAVELER
Writer: Austin Everett
Genre: Sci-Fi
Logline: At the same time every morning, Scott Treder has started jumping forward in time. First a day, then two, four, eight, etc. He struggles to keep his family together and find a cure, all as his secret spreads throughout the world.
Status: Set up at MGM.
___
Title: DON’T WORRY DARLING
Writers: Carey Van Dyke and Shane Van Dyke
Genre: Psychological Thriller
Logline: A psychological thriller about a 1950s housewife whose reality begins to crack, revealing a disturbing truth underneath.
Status: Set up at New Line. Olivia Wilde attached to direct and star. Vertigo Entertainment, Olivia Wilde &amp; Katie Silberman are producing.
___
Title: 10/31
Writers: Based on a story by Laurie Ashbourne, Screen Story by Kathy Charles, Screenplay by Ian Shorr and Peter Gamble.
Genre: Horror
Logline: The story follows a young woman who takes her niece and nephew trick or treating and discovers a note inside a candy wrapper that says there’s a killer loose on her block.
Status: Set up at Orion. Arts District Entertainment and Bellevue Productions are producing.
___
Title: FIRST HARVEST
Writer: Kevin McMullin
Genre: Supernatural Horror
Logline: A goat farmer discovers a newborn baby among the bodies of a cult’s mass suicide. In nurturing the baby, the farmer’s cancer-ridden wife starts getting better. But there’s something dark about the child’s power.
Status: Available. Kevin McMullin is attached to direct.
___
Title: DETOX

Writers: Kevin Armento &amp; Jaki Bradley
Genre: Horror/Thriller
Logline: When an overstressed young woman joins her best friend at a wellness retreat in the Arizona desert, she begins to suspect that the revitalizing spa treatments, serums, and macrobiotic meals are part of something closer to a dangerous cult, run by the retreat’s charismatic leader.
Status: Divide/Conquer and XYZ Films are producing.

___
Title: NO GOOD DEED
Writer: Christina Pamies
Genre: Supernatural Horror
Logline: A woman with a troubled past takes in her moody teenage niece to live in the family&#39;s isolated farmhouse but the two are soon tempted and tormented by a sinister creature that can take their pain away for a price.
Status: Available.
___
Title: SCARS
Writer: Marco Mannone
Genre: Supernatural Horror
Logline: SCARS is a contemporary horror story about an engineer who moves her family to Detroit for a dream job at a major auto plant only to find herself in the middle of a company-wide cover up, which has summoned a vicious demon to destroy the souls of those responsible.
Status: Matt Baer Films is producing.

FRESH BLOOD
The 4th Annual Fresh Blood Selects are below! These 10 scripts were discovered out of the 513 projects that were sent in through the free submission system this year. The screenplays pilots are available to read and watch on BloodList.com.

___
Title: FIND WHAT YOU LOVE AND LET IT KILL YOU (Short)
Writer: Alessandro Pulisci
Genre: Horror
Logline: Trying to distract herself from work, a young woman’s obsession with a video game turns deadly.

___
Title: PREY (Short Film)
Writer/Director: Bill Whirity
Genre: Horror
Logline: While on a first date, a young couple finds themselves being pursued by more than just each other.

___
Title: THE APOLOGY (Feature)
Writer: Alison Star Locke
Genre: Horror
Logline: A retired schoolteacher spent 30 years searching for her missing daughter, only to learn a horrible truth that may cost her everything one dark Christmas Eve with the return of an old friend.

___
Title: THE NIGHT FREQUENCY: “A CHARMING LITTLE HOLE IN THE
WALL”(Pilot)
Writer: Wes Black
Genre: Horror
Logline: Small town losers Harold Perkle and Chester Robbins stumble upon a hole in the basement of their failing diner. One that grants all those who gaze inside the rarest of gifts: joy. But when the hole unleashes a new brand of gift–a virulent disease of the mind– the town is soon looking to Harold and Chester for a cure.

___
Title: THIS BEDROOM IS DEAD (Short)
Writer: Karl Gan
Genre: Dark Comedy
Logline: A good wife in a troubled marriage fights against both her dead bedroom and the start of the apocalypse.