Blumhouse Television and Michael Seitzman’s Maniac Productions have secured right to “The Battersea Poltergeist” podcast, a chronicle of real-life hauntings of Shirley Hitchings that were investigated from 1956 for 12 years and noted for being the longest documented poltergeist haunting in history, the companies announced in a joint statement Tuesday.

The companies will be developing the first season of a scripted ongoing series and a companion unscripted series titled “Blumhouse’s Ghost Story.” They have also secured the rights to Hitchings’ life story, as well as the rights to her and James Clark’s book, “The Poltergeist Prince of London: The Remarkable True Story of the Battersea Poltergeist.”

“The Battersea Poltergeist” podcast, written and presented by Danny Robins, was the No. 1 drama podcast worldwide on Apple Podcasts and immediately caught the attention of Blumhouse Television president, Chris McCumber. “From our first listen to Danny’s captivating podcast, we were hooked and could easily envision how to bring the story to life — in both scripted and unscripted formats — for television viewers,” McCumber said in a statement. “We’re grateful to Michael Seitzman for identifying the project early on, and championing it so aggressively.” 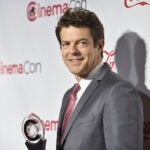 “Once you listen to the gripping and terrifying true story of Shirley Hitchings, it’s easy to understand why Danny’s podcast inspired two-page spreads in every newspaper in the UK,” Seitzman said. “It was exactly what we’d been looking for to launch our new ongoing series based on true hauntings. As he did with his podcast, Danny Robins will have viewers sleeping with the lights on after they watch his show!”

Danny Robins, Michael Seitzman, Jason Blum, Chris McCumber and Jeremy Gold will executive produce both the scripted and unscripted series; Emma Cooper (“The Disappearance of Madeleine McCann,” “Bikram”) is attached to produce, via her company Empress Films, on the unscripted series with the aforementioned team. 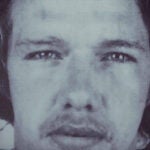 Also Read:
Did the Devil Make Him Do It? Gruesome Murder Spree Shines Light on Satanic Worship in ‘Fall River’ (Exclusive Video)
x
Looks like you're enjoying reading