The Flenory Boys had “a product (coke, later crack) that creates its own demand,” the sneak peek lays out. With Demetrius’s “vision” and Terry’s “brains,” “can’t nobody mess with us, man,” as “Big Meech” puts it.

That’s not even his best motivation speech in the trailer.

“Nobody gave nobody s— in this country, T,” he tells his brother. “They didn’t give us our freedom, or the right to vote. We had to fight for that s—. That’s the same way as us fighting for independence in this game.” 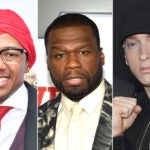 Also Read:
50 Cent Says He Advised Eminem to Not Respond to Nick Cannon: ‘You Can’t Argue With a Fool’