The nearly century-old company has been dragged for becoming too politically correct, famously clashing with Republican Florida Gov. Ron DeSantis over the controversial education law known by the buzz phrase “Don’t Say Gay.” The company has also taken heat on everything from the same-sex kiss in “Lightyear” and a Black actress being cast as the next live-action Ariel.

Chapek said Wednesday at the Wall Street Journal Tech Live conference that the company will reflect the “rich, diverse world we live in.”

“I think the more complex something is, the more you really have to drill down into the basics. And we want our content to reflect the rich, diverse world that we live in. And, again, I guess that’s another way of saying, ‘Catering to your audience.’ But the world is a rich, diverse place and we want our content to reflect that. And we’re so blessed to have the greatest content creators and they see it similarly.” 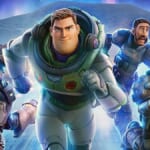 He doubled-down later saying inclusivity in the studio’s storytelling — whether on film, television or streaming — is what drives the company’s overall mission to bring people together.

“I always say, when someone walks down Main Street and look at the castle, you’re not thinking ‘I’m on one side of the political spectrum or the other.’ You have a shared belief in all the wonderful aspects of what Disney is,” he said. “I want to use Disney to bring people together, and I think we’ll do that by diverse stories and diverse characters.”

The term “Woke Capitalism” is now a catchy slogan bandied about on Wall Street by investors who feel companies may have gone a little too far in political correctness. And there’s no way to tell exactly how many politically right-leaning passive investment funds sold shares in protest of Disney. But the company has developed a reputation of being the poster child of corporate wokeness — amplified even further because of its status as the largest entertainment company in the world.

Shares of Disney continue to be among the Dow Jones industrial average’s worst performers. The stock closed Wednesday at $104.63, down 33% year to date. The company’s shares have been under pressure this week as investors solidify positions ahead of the company’s fourth quarter earnings release on Nov. 8. 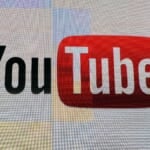 Also Read:
Entertainment Stocks Rise With Market Ahead of Slew of Earnings Reports

Wall Street analysts have weighed in on the woke debate a number of times in the past, and it certainly could be among the reasons holding back share performance. More than one conservative-leaning commentator has called out Disney for ignoring its main audience to chase profits.

“One of the most extraordinary features of the Culture Wars—or Cancel Culture, as those who have been on the sharp end of the woke trials pitchforks call it—is that organizations who wake up late to wokeness will invariably court the favor of those who are not their natural audience at the expense of those who are,” wrote Julie Burchill, author of “Welcome To The Woke Trials: How #Identity Killed Progressive Politics.” “Thus, we see a company as long-beloved as Disney now abandoning its core family audience and instead catering to every whim demanded by the woke mob, a move both ineffective and, as we are seeing, unprofitable.”

Chapek also gave himself a review of leading the company, especially after the company showed reluctance to get involved in Florida’s political debate. The backlash was strong, with walkouts organized and letter writing campaigns engaged that Chapek’s leadership was not up to snuff.

The company’s initial reluctance to step into the political debate also drew criticism from Disney’s own staff, who expressed frustration with Chapek’s handling of the issue. He said the situation taught him to put employees front and center with every decision.

“We were reminded, through the passion of our cast reaction, how important their sentiments are on these issues in terms of making them feel that they were part of The Walt Disney Company,” Chapek said.