Disney chairman and CEO Robert Iger sold $83.8 million in Disney stock from Wednesday to Friday of this week, according to an SEC filing.

After exercising some options, Iger’s pre-tax net proceeds from the sale comes out to be more like $69.3 million.

“The sale is part of Mr. Iger’s normal diversification of his portfolio, and he continues to hold more than 1 million shares,” a Disney spokesperson told TheWrap.

To be more specific, Iger still owns about 1.014 million shares of DIS.

stock shares of the Walt Disney Company are currently valued at $105.86 apiece. Here’s a snapshot of the company’s last five days’ worth of overall trading activity: 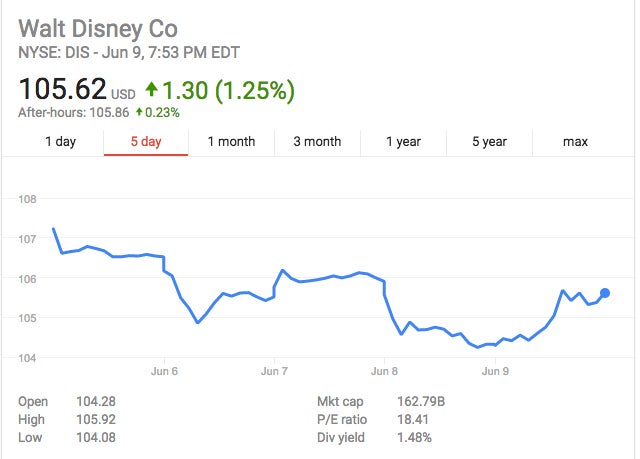