Bob Saget died due to “blunt head trauma” according to the official autopsy report by the Orange County (Fla.) Medical Examiner. Saget was also positive for COVID-19 at the time of his death.

Saget had multiple head fractures in the back of his head and around his eyes, likely as a result from falling backwards, the report found. On Wednesday, Saget’s family revealed that he died from head trauma.

“The authorities have determined that Bob passed from head trauma,” the Saget family said in a statement yesterday. “They have concluded that he accidentally hit the back of his head on something, thought nothing of it and went to sleep. No drugs or alcohol were involved.” 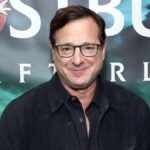 Saget died on Jan. 9 at age of 65, when he was found unresponsive in his Florida hotel room.

“In the weeks since Bob’s passing, we have been overwhelmed with the incredible outpouring of love from Bob’s fans, which has been a great comfort to us and for which we are eternally grateful,” the family continued.