The Orlando County Sheriff’s Office in Florida announced the news on Sunday, writing:

“Earlier today, deputies were called to the Ritz-Carlton Orlando, Grande Lakes for a call about an unresponsive man in a hotel room. The man was identified as Robert Saget & pronounced deceased on scene. Detectives found no signs of foul play or drug use in this case.”

The cause of death is unknown at this time. 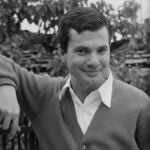 Although Saget originally had his heart set on becoming a doctor, one of his high school teachers saw something special in him and suggested a career in filmmaking – and he took that suggestion. While attending Temple University’s film school, he won a Student Academy Award for his film “Through Adam’s Eyes” about a boy who received reconstructive facial surgery. 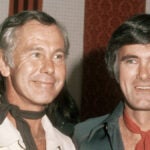 Following a short run on CBS’ “The Morning Program,” Saget was cast as Danny Tanner in the family-friendly TV comedy “Full House.” In 1989, as the show’s popularity grew, Saget took on a second show, “America’s Funniest Home Videos,” where he remained until 1997.

Saget went on to star on The WB sitcom “Raising Dad” with Kat Dennings and Brie Larson. In 2005, he became the voice of the future Ted Mosby on “How I Met Your Mother” and had a recurring role on the HBO series “Entourage” playing a parody of himself.

Although he continued to act at the time, he began dipping his toe into directing, his first feature film being “Dirty Work” starring Norm Macdonald and Artie Lange. Years later, he wrote, directed and starred in a parody of “March of the Penguins” called “Farce of the Penguins.”

He chronicled his career, comedy influences and life in general in his book “Dirty Dad,” which was released in 2014. It was at this time that he began his first stand-up tour called “Bob Saget Live: The Dirty Daddy Tour.” And in 2020, in the midst of the global pandemic, he launched a podcast titled “Bob Saget’s Here for You.”

Saget is survived by his wife, Kelly Rizzo, and 3 children.