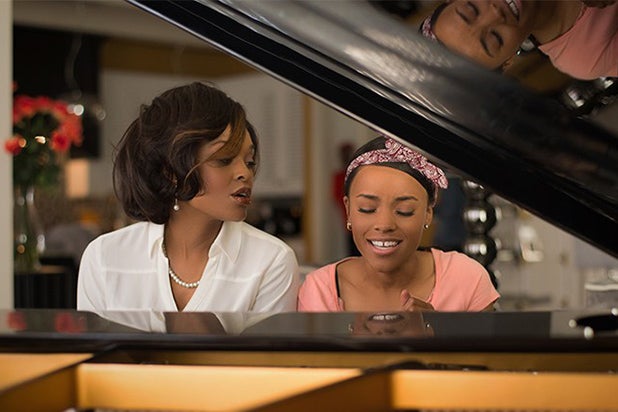 TV One has released the first trailer for its Bobbi Kristina Brown biopic on Tuesday, giving a first look at how the network will tackle the tragic death of the 22-year-old daughter of music legend Whitney Houston.

The minute-long clip touches on Brown’s attempts to make a name for herself as a singer in the shadow of her mother and the contentious relationship with boyfriend Nick Gordon that led to her death in 2015.

Brown was found unconscious in the bathtub of her Georgia home on Jan. 31, 2014, almost exactly three years after the death of her mother. She died on July 26, 2015 after clinging to life for six months.

Gordon was accused of giving Brown a “toxic cocktail” and placing her in the bathtub, and was eventually deemed legally responsible for her death.

Joy Rovaris (“Stuck in the Middle”) stars as Bobbi Kristina Brown in the TV One movie, which is set to debut on Sunday, Oct. 8.