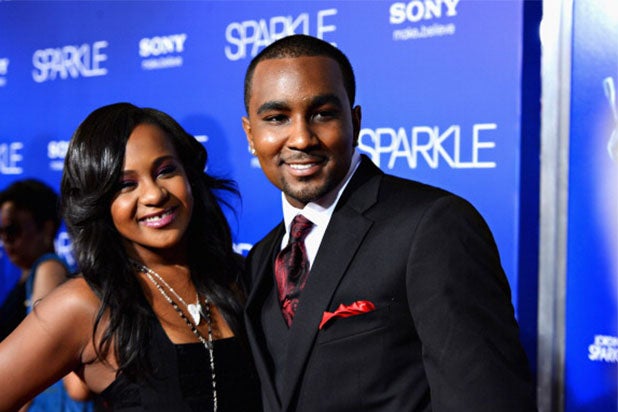 Bobbi Kristina Brown’s boyfriend, Nick Gordon, has released a statement through his legal team that contradicts claims that he is pursuing legal action to visit his girlfriend at the hospital, where she remains on life support after being found face down in a filled bathtub on Jan. 31.

“In response to reports that Nick Gordon is taking legal action, he would like it to be clear, he is not,” Gordon’s attorneys Randy Kessler and Joe Habachy said in a statement to the media. “Mr. Gordon’s only concern is the recovery of Bobbi Kristina.”

Bobbi Kristina Brown was in a car accident days before being found face down and unconscious in a filled bathtub.

The Jan. 27 incident injured two people, according to a Roswell Police Department report obtained by the Associated Press, when Bobbi Kristina lost control of her Jeep Liberty and collided with another vehicle after crossing into oncoming traffic.

Bobbi Kristina blamed tire failure, and officers responding to the scene found a nail in the blown-out right rear tire. The incident report cites “extensive damage” to both vehicles, while noting her passenger and the other car’s driver were hospitalized.

The release of the report comes just days after news that scars on Bobbi Kristina’s face prompted the Roswell Police Department to look further into her  emergency ordeal on Jan. 31 that has left her on life support ever since.

No suspects have been named in what has been described as a criminal investigation, but Brown’s family members are suspicious that boyfriend Nick Gordon, who first discovered Bobbi Kristina in the bathtub, may have been involved.

Bobbi Kristina’s cousin, Jerod Brown, told the media that the family has banned Gordon from her bedside at Emory University Hospital in Georgia, where she is fighting for her life.

Another incident report released by the Roswell PD may only fuel the family’s suspicion. The AP reports that a security guard at Bobbi Kristina and Gordon’s gated community called 911 on Jan. 23 to report a fight at the couple’s address.

The guard said a neighbor reported people “hitting each other and swinging” outside the home, but did not describe the people involved, and no one was there when officers arrived.

Police previously said that Gordon was under investigation.