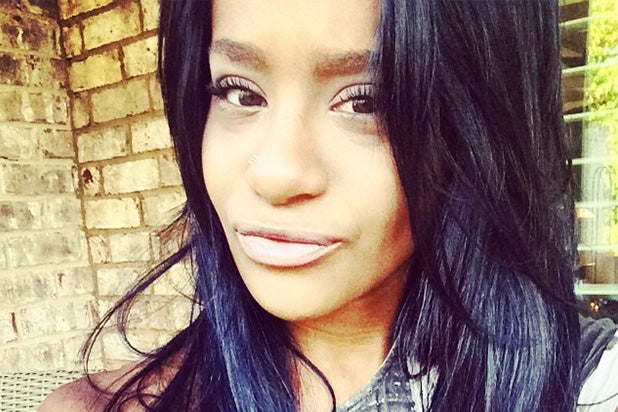 Georgia law enforcement are looking at Bobbi Kristina Brown’s boyfriend, Nick Gordon, to find out how she ended up unconscious and face down in her bathtub, multiple reports say.

The 21-year-old daughter of the late Whitney Houston was found by Gordon and a friend a week ago lying facedown in a filled bathtub in her Atlanta-area home.

She’s been in a medically-induced coma since with little brain activity. Her grandmother, Cissy Houston, arrived at Emory University Hospital on Friday, CNN reported. Her father, Bobby Brown, has been in Atlanta by her side all week.

Tensions rose Friday when a fight broke out at a hotel near the hospital between Bobbi Kristina’s family.

“Fight call was involving the family members of pop star Bobby Brown. One victim Shayne Brown was struck in the head with a bottle by suspect Tina Brown,” Atlanta Police Department officer Kim Jones told TheWrap of the brawl at the W Hotel.

Shayne, who received lacerations to his head, is Bobby’s cousin, while Tina is the “My Prerogative” singer’s sister.

Earlier in the week, a family insider said doctors have told them there’s little they could do to save Bobbi Kristina.

“It’s now a matter of when the family wants to let go and accept that she’s pretty much not going to make it,” an individual close to the 21-year-old told Fox News Wednesday. “They’ve left it up to the family as to how long they want to keep her alive.”