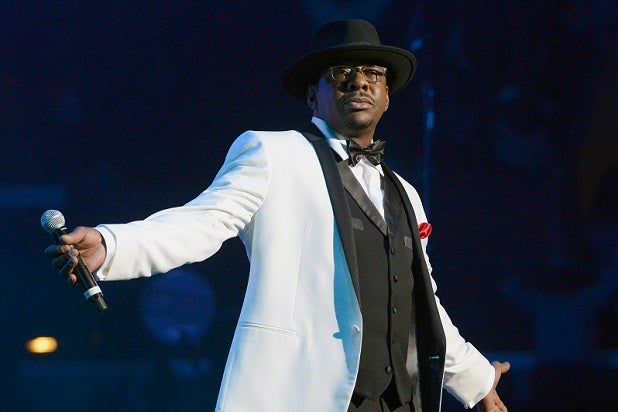 Bobby Brown denied that his former wife, Whitney Houston, had ever called 911 on him during a panel for his new biopic “The Bobby Brown Story” — despite ample evidence to the contrary.

During a Television Critics Association panel Friday at the Beverly Hilton — the same hotel where Houston tragically died in 2012 — Brown defended his reputation and half-quoted his hit “My Prerogative” when he noted that some people “say I’m crazy.” But the mood darkened when a reporter asked him about Whitney Houston calling 911 during their marriage.

“There were no violent incidents,” he said, adding, “You’re mistaken” and “You’re completely wrong.”

Another reporter then read him a 2003 news article from during their marriage that stated that Houston had called 911, and appeared injured when police arrived. The reporter noted that there was a public record of the call.

Georgia police are investigating Bobby Brown for possible domestic abuse charges, after his wife, Whitney Houston, called authorities on Sunday and claimed that Brown had hit her.

Police who responded to the call said that Houston suffered a cut lip and a bruised cheek. By the time they were on the scene, Brown had left home for the airport. No arrest has been made, but police intend to question Brown in the matter.

Houston and Brown divorced in 2007. Brown admitted in a 2016 interview that he once hit Houston while trying to maintain his sobriety, but said reports of him being a “woman beater” or “violent toward her” were untrue.

Brown charged that reports of him being a “woman beater” or overall “violent toward her,” however, are “just lies.”

Brown said he didn’t feel strange speaking about the upcoming BET biopic in the same hotel where Houston died. He said he has found peace with the help of prayer and his current wife and children.

He noted that he had not chosen the venue for the Television Critics Association gathering, which is held at the Beverly Hilton almost every summer.

“This is the place they chose and the spirit of my ex-wife is probably still here,” he said. “It feels good to be here and to promote this movie and to be able to smile and be here with my wife and my kids. We were just in Hawaii and it’s been a beautiful time.”

Brown announced Thursday that he will build a domestic violence center to honor Bobbi Kristina, his child with Houston, who died at 22 in 2015.