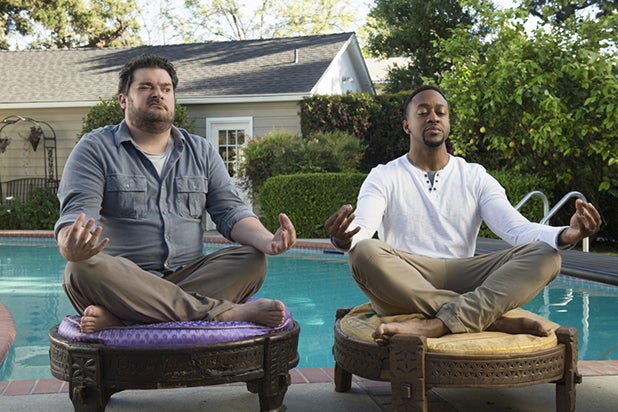 Bobby Moynihan, who was on “Saturday Night Live” from 2008 to this past season, said that it was his dream job to land that gig, but after a while it was time to move on.

“There’s this tiny part of me that was like ‘I was an acting major in college.’ I want to show people I can be a grown man instead of dressing up as Rosie O’Donnell sometimes,” he told a room of reporters at the Television Critics Association press tour on Tuesday.

That’s where “Me, Myself and I” came in. The CBS sitcom, set to debut this fall, stars Moynihan, John Larroquette and Jack Dylan Grazer as one character at different stages of his life.

Also Read: Chuck Lorre Is 'a Nervous Wreck' About 'Young Sheldon' - Here's Why

Moynihan, appropriately, is at a new stage in his life. It was time to leave “SNL” (his contract was up) and he moved away from New York, where he lived for his entire life, to Los Angeles. He went from being a supporting player on one of the most chaotic live primetime shows in history in one of its craziest years to being the star of a single-camera sitcom on a major network.

He relayed the story of how he got the gig, which he said was unexpected. He was visiting a friend in L.A. and had a meeting at CBS. He said he read the script and “fell in love.”

“I’m a sentimental person in general,” he explained. “When I read the script I was like ‘oh this is my wheelhouse.’ [Writer Dan Kopelman] wrote something so funny and so beautiful and so touching that i went like ‘I’m not ready to do this but I have to.'”

And the move comes after one of the craziest years in recent “SNL” history. Thanks to the 2016 election and President Donald Trump taking office, Moynihan spent his last year on what he called a completely different show.

“You get so used to never sleeping and writing constantly all night long and then you think ‘well i made it. I made it through eight years of this. It can’t get any worse.’ And then all of a sudden, Trump happens,” he said. The show became hectic, he said, with rewrites to entire sketches — including cold opens — being done that morning because of things that happened in politics.

“It was a whole new ball game,” he continued. “The hardest year easily for me and also weirdly deep down one of my favorites. I’m really glad I got to be there for it.”

Moynihan has nothing but respect for his former employer. He said his exit was emotional — albeit quiet and mostly off-camera — and executive producer Lorne Michaels was nothing but supportive.

“On ‘SNL’ I got to do everything I ever wanted to do,” he said.  “I got to be silly, and do characters and all the stuff I wanted to do.”

But on “Me, Myself and I” he gets to be one character, even if he’s sharing that character with two other actors.

In "Wisdom of the Crowd," Jeremy Piven stars as a tech genius who creates a crowdsourcing app to solve crimes in the wake of his daughter's murder. It'll air Sundays this fall on CBS.
View In Gallery