CBS announced on Wednesday that long-running soap “The Bold and the Beautiful,” which celebrates its 35th anniversary on March 23, has been renewed for two more years through the 2023-2024 season.

The network also shared the news that Jack Wagner, who played Nick Marone from 2003 to 2012 and is also known for his work on “General Hospital” and “Melrose Place,” will return to the soap for a special standalone March 24 episode dedicated to Brooke Logan (Katherine Kelly Lang) and five of her great loves.

Lang and McCook are both original cast members. 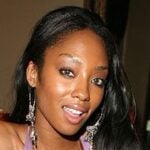 “For 35 years ‘The Bold and the Beautiful’ has been a cornerstone of our #1 Daytime lineup,” said Margot Wain, senior vice president of Daytime Programs at CBS Entertainment. “Congratulations to our talented cast and crew, as well as Bradley Bell, who have made this show a creative and ratings success, and thank you to B&B’s dedicated fans, whose passion for these characters and stories is unrivaled.”

“35 years ago, I would have never imagined what was in store,” said Bradley P. Bell, executive producer and head writer of the soap, which was created by his late father William J. Bell and his mother Lee Phillip Bell. “Since our premiere in 1987, it’s been a fantastic journey and incredible experience for all of us. We would not be here if not for the invaluable support of CBS and our millions of fans around the globe for their loyalty and support.” He has produced the show since 1992.

CBS also shared these entertaining 35th anniversary statistics: Over 8,734 episodes, there have been 100 weddings, 23 babies born on screen, and 1,793 cans of hairspray and 415 tubes of lipstick used by the Emmy Award-winning hair and makeup departments. And since its debut in 1987, the series has earned 100 Daytime Emmys, with 306 nominations.