“Bones and All” is nearly here to devour us all. And while a new trailer has dropped for “Call Me by Your Name” and “Suspiria” filmmaker Luca Guadagnino’s cannibal road trip romance horror movie (starring Taylor Russell and Timothée Chalamet as adorable/terrifying lovers), we cannot stress enough how little you should watch it.

It’s not that the trailer isn’t good, because it is, at least technically speaking – artfully put together, set to a perfect Leonard Cohen song (“You Want It Darker”) – but it also demystifies a lot of the surprise of the movie. No spoilers here but… this trailer has some spoilers. If you’re the kind that doesn’t mind, by all means check it out. But if you’re wanting to go in cold, we suggest you bookmark this for viewing after you’ve seen the movie — especially since the film doesn’t open until Nov. 23 (in theaters, before eventually making its way to Prime Video). 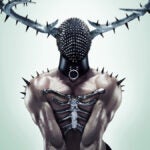 Here’s what you should know about “Bones and All” before seeing it this Thanksgiving:

Taylor and Chalamet play Maren and Lee, star-crossed lovers on a blood-soaked odyssey across Reagan-era America. Mark Rylance co-stars, but you should only know that because his name is on the poster. There are some starry cameos but those are best left undivulged. Guadagnino’s longtime collaborator David Kajganich wrote the screenplay. Oscar winners Trent Reznor and Atticus Ross composed the score (and there’s a new Nine Inch Nails song too!) And that’s about it.

Seriously, “Bones and All” is wonderful (moving, scary, deeply strange) and, to paraphrase Tame Impala, the less you know the better.

“Bones and All” opens on November 23. 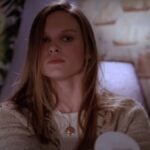 Also Read:
‘Hocus Pocus’ Star Vinessa Shaw Weighs in on That Theory About Allison Being a Witch
x