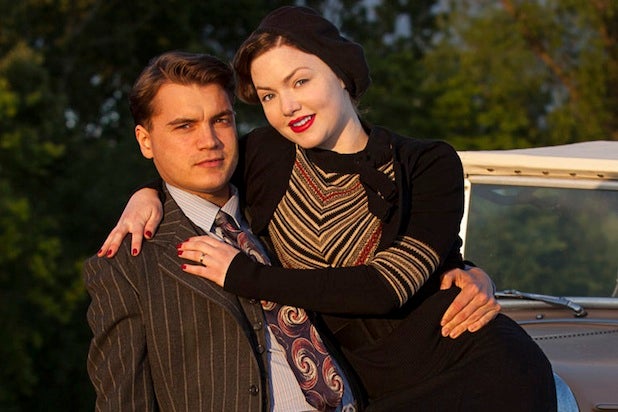 Additionally, the airing over Lifetime, A&E and History Channel attracted 4.2 million viewers in the networks’ key demographic Adults 25-54. That makes it the third-best miniseries opening ever on cable for total viewers since 2006’s “Broken Trail.” History’s “Hatfields & McCoys” and “The Bible” hold the top two spots.

It also dominated on social media. “Bonnie & Clyde” was the most tweeted program of the day, according to Nielsen SocialGuide (excluding sports programs). It also ranked No. 1 in Google Trends for Sunday, with more than 500,000 searches.

Interest in the series drove more than 420,000 visitors to A+E Networks sites and apps, according to Adobe Analytics.

The two-part miniseries starring “Borgias” actress Holliday Grainger and “Milk’s” Emile Hirsch in the title roles follows the notorious criminals as their lives intersect and then together go on a crime spree that captures America’s fascination in the 1930s.