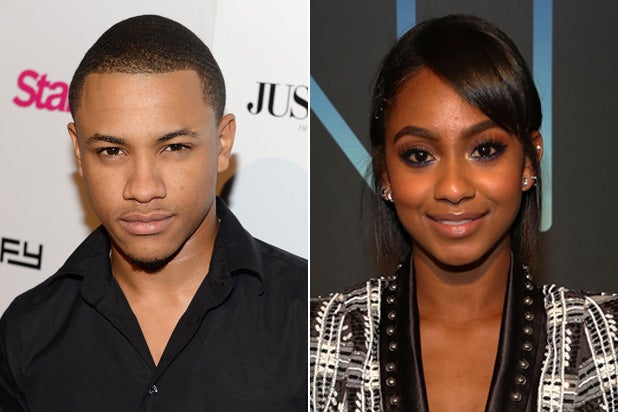 “Everybody Hates Chris” alum Tequan Richmond and his “All Night” co-star Tetona Jackson will star in the 10-episode comedy as the son and daughter, respectively, of the characters played by Eddie Murphy and Robin Givens in 1992 romantic comedy.

Executive produced by “The Chi” creator Lena Waithe and Halle Berry, who starred in the original film, the series will follow the two characters as they try to step out of their parents’ shadows and make a legacy of their own.

“Insecure” and “Underground” alum Ben Cory Jones will serve as executive producer and showrunner, having co-written the pilot with Waithe. Rishi Rajani of Hillman Grad Productions is also executive producer. Dime Davis is attached to direct multiple episodes, including the pilot episode and finale.

Leland Martin and Lala Milan have also been cast as series regulars.

Richmond’s character Bryson, son of Jacqueline Boyer, is described as resourceful, tough and charming. Raised by a single mother, he’s self-assured and doesn’t hide his vulnerability. Every bit as driven as Simone, Bryson wants to make his mark on this world.

Jackson’s character Simone, daughter of Marcus and Angela Graham, is described as privileged, beautiful, cool and driven to a fault. She has an easy confidence that she inherited from her father, but a down-to-earth, chill vibe, which she inherited from her mother. The shadow of both her parents looms large and she is eager to step out of it and make a name for herself.