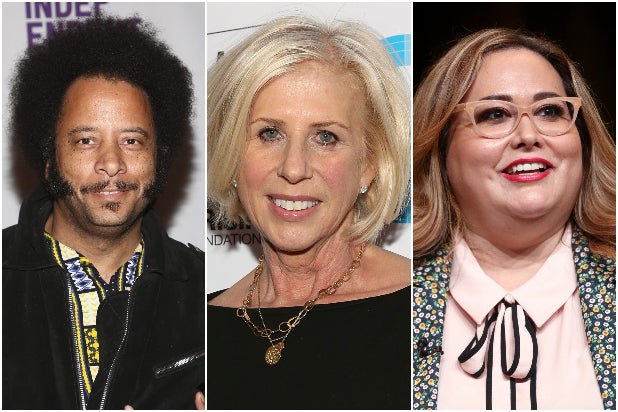 Screenwriters Boots Riley, Callie Khouri and Tanya Saracho will the honorees at the 2019 Final Draft Awards, which recognizes achievements in screenwriting, the company Final Draft announced on Tuesday.

The company also announced that comedy duo Randy and Jason Sklar, or the Sklar Brothers, will be hosts at the 14th annual ceremony, which takes place at the Paramount Theatre on the Paramount Studios lot on Jan. 29.

Khouri is the Oscar-winning screenwriter of “Thelma & Louise” and the creator of the series “Nashville,” and she’ll be presented with the Hall of Fame Award for “her prolific contribution to the art of screenwriting and devotion to writers and the writing community.”

“Callie Khouri has left an indelible mark on both film and television with her writing,” Scott McMenamin, Final Draft’s president, said in a statement. “Her unique voice and dedication to making our industry a better environment for all writers make her the perfect candidate for this award.”

“We are also excited to be honoring first-time writer-director and undeniable multi-hyphenate talent Boots Riley for his thought-provoking film, ‘Sorry To Bother You,’ that seamlessly blends comedy and social commentary, and creator/executive producer Tanya Saracho who is breaking through stereotypes and expanding our understanding of the Latinx community with her first series, ‘Vida,'” McMenamin added.

Final Draft, which is a Cast & Crew Company known for their screenwriting software, will also recognize the winners of their annual Big Break Screenwriting contest, which offers more than $80,000 in cash and prizes to screenwriters.