True crime drama “Boston Strangler” is set to premiere in March exclusively on Hulu, the streamer announced Tuesday. The feature film from 20th Century dives into the infamous Boston Strangler murders of the 1960s.

“Boston Strangler” — written and directed by Matt Ruskin (“Crown Heights”) — will portray the true story of Loretta McLaughlin, the first reporter to break the story of the titular murderer, who slayed 13 women in the areas surrounding in the early ’60s.

The film stars Oscar nominee Keira Knightley as McLaughlin, alongside Carrie Coon, Alessandro Nivola and Chris Cooper. It is set to premiere exclusively on Hulu March 17, 2023, Star+ in Latin America and Disney+ in other territories. 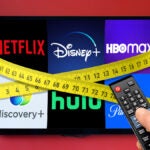 “As the mysterious killer claims more and more victims, Loretta attempts to continue her investigation alongside colleague and confidante Jean Cole (Carrie Coon), yet the duo finds themselves stymied by the rampant sexism of the era. Nevertheless, McLaughlin and Cole bravely pursue the story at great personal risk, putting their own lives on the line in their quest to uncover the truth,” reads an official description of the project. 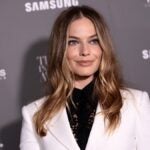