Sure, the fourth “Shrek” will be big, but you can only measure the size of the ogre by comparing him to other ogres.

And in the case of DreamWorks Animation’s “Shrek Forever After,” which opens in 4,359 locations Friday – 2,373  in 3D – tracking shows that it just doesn’t measure up to movies two and three.

With only one other movie opening wide this weekend, Relativity’s R-rated “Saturday Night Live” skit adaptation “MacGruber,” tracking suggests the Paramount-distributed “Forever After” will open somewhere in the range of $80 million-$100 million. 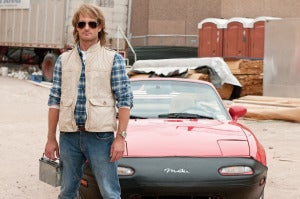 “My people think it’s in the 85 range,” said one rival-studio distribution official.

As for the MacGyver-spoofing “MacGruber,” shot for under $10 million, pre-release tracking suggests it should gross around that figure this weekend.
So why would a movie with 3D up-charges open to less than its 2D predecessors?

“I think part of it has to do with the fact that the last one was really bad,” the distribution official told TheWrap.

True, the reviews for "Shrek the Third" weren’t great, but that didn’t seem to hurt it at the box office. Opening in May 2007 to $121.6 million in North America, the film went on to gross $799 million globally.

Even accounting for a production budget that exceeds $200 million – the result of not only expensive digital 3D animation processes but also a voice cast that returns Mike Myers, Eddie Murphy, Cameron Diaz, Antonio Banderas and Julie Andrews – profitability shouldn’t be an issue for version 4, regardless of any slippage.

“It’s a matter of perspective,” the rival-studio official said.

Sharing the negative perspective has been Wall Street. Earlier in the week, an analyst downgraded his target price for DreamWorks stock based on what the Street expects to be lower-than-anticipated box-office yields for "Shrek 4." By "lower than anticipated," they mean they now expect the movie to gross only $756 million instead of the original forecast of $900 million worldwide.

When a franchise grosses $2.2 billion and becomes the cornerstone of a publicly traded studio, expectations can be unreasonable.

Certainly, if a movie as big as “Shrek 4” were to gross less than $80 million this weekend (an unlikely prospect, given venerability of the brand), shareholder fury would be bountiful.

In late March, DreamWorks launched an all-new 3D franchise with “How to Train Your Dragon,” which has grossed $430.7 million to date. However, when the well-reviewed movie got off to a worse-than-expected $43.7 million start, DreamWorks stock cratered 10 percent.

Regardless of how big “Shrek 4” opens, DreamWorks will be taking several million away from “Dragon,” which will see its 3D theater count drop to just 243 this weekend, despite grossing $5 million in North America last weekend, its eighth in release.

Internationally, “Dragon” will have a little more time to play. “Forever After” opens in eight territories this weekend, including Russia. But the bulk of its foreign distribution isn’t slated until late June.

In terms of competition for screens, there’s no new 3D release coming until June 18, when Disney releases “Toy Story 3.”

While DreamWorks and Paramount interject the latest “Shrek” movie into a domestic market that already includes “Iron Man 2” and “Robin Hood,” Relativity’s low-budget “MacGruber,” which is being distributed by Universal, is seeking to counterprogram its way to young adults.
“There aren’t any R-rated movies out there right now, much less R-rated comedies,” said Relativity marketing chief Geoffrey Ammer, who believes “MacGruber” will have the 18-30 audience to itself for the next two weeks — or, until Universal releases “Get Him to the Greek.
x
Looks like you're enjoying reading