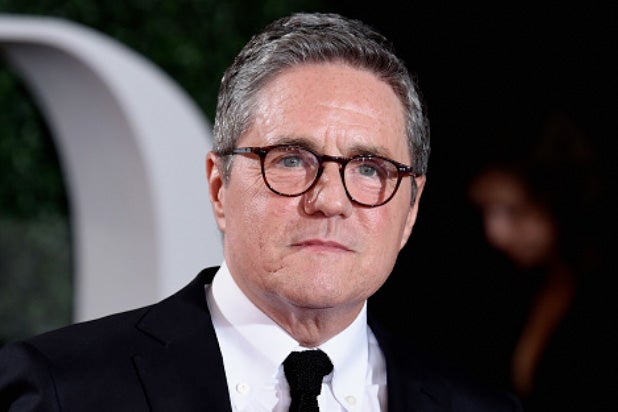 Paramount Pictures staff are “shellshocked” on as news of Brad Grey’s death ripples through the studio and Hollywood at large.

“This was heartbreaking to hear,” one executive told TheWrap. “We’re just shellshocked.”

Another studio executive echoed the suddenness of the news: “A complete shock.”

A statement from Grey’s family announcing his death — from an unspecific cancer — circulated before the start of business in Los Angeles. It also came just hours after a star-studded Miami premiere Sunday night for one of the last projects Grey had shepherded for the studio: this month’s Dwayne Johnson comedy “Baywatch.”

One creative on the lot told TheWrap that text messages were flying as soon as he opened his eyes. “That damn disease moves so fast,” an insider said.

The Grey family asked that donations be made to USC’s Lawrence J. Ellison Institute for Transformative Medicine, a cancer research lab with a reported $200 million endowment from billionaire Larry Ellison.

Just one week ago, a few dozen of Paramount’s luminaries — executives, producers, directors — gathered in the corporate commissary to salute Sherry Lansing, the legendary executive who preceded Bray Grey at the studio and who is the subject of a new biography by Stephen Galloway.

All had worked with Grey for many years. There was no mention of his illness, if these insiders were even aware of it.

Grey had not yet been out been out of the job for 90 days, having stepped down in late February. He was eventually succeeded by former 20th Century Fox Film chief Gianopulos.

Grey died Saturday night at his home in Holmby Hills, California, with his family and close friends by his side. Upon his February departure form his long tenure at the top of the studio, Grey indicated he would “look forward to new adventures,” but remain engaged in official Paramount business as the company transitioned.

Prior to leading Paramount, Grey built his former company, Brillstein-Grey Entertainment, and also was a co-founder of Plan B Entertainment alongside Brad Pitt and Jennifer Aniston.

Grey, a prolific producer and former talent manager, is responsible for shepherding franchises like “Transformers,” “Mission: Impossible,” “Paranormal Activity” and the planned expansion of the “10 Cloverfield Lane” films from J.J. Abrams.

As a producer, his credits include hits in both film (“Happy Gilmore,” “The Departed”) and TV (“The Sopranos,” “It’s Garry Shandling’s Show”).