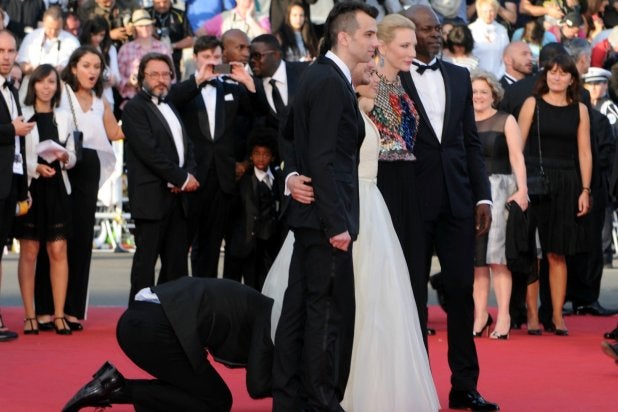 Vitalii Sediuk, the red carpet prankster who physically accosted Brad Pitt at the Hollywood premiere of “Maleficent” May 28 has been fired by the Ukrainian television channel 1+1.

Also read: America Ferrera Felt Violated by Man Who Crawled Under Her Dress at Cannes

The 25-year old, who was booked on suspicion of misdemeanor battery, was let go by the network after he leaped under America Ferrera’s dress earlier this month.

1+1 spokesperson Galyna Grubliak said he “no longer represents the interests of the company.”

She released a statement to the press apologizing for the TV reporter’s behavior.

“[The] prank on the red carpet at the Cannes Film Festival was Vitalii’s personal initiative,” she wrote. “The journalist did not report his plans to the channel’s Editorial Office. 1+1 Media Company is sorry for the inconvenience caused to the American actress America Ferrera by the journalist’s behavior…Such behavior of the journalist is contrary to the values ​​of the company and notions of journalistic ethics.”

Pitt filed a emergency protective order filed against Sediuk, who is currently still in custody, a spokesman for the Los Angeles Police Department told TheWrap.