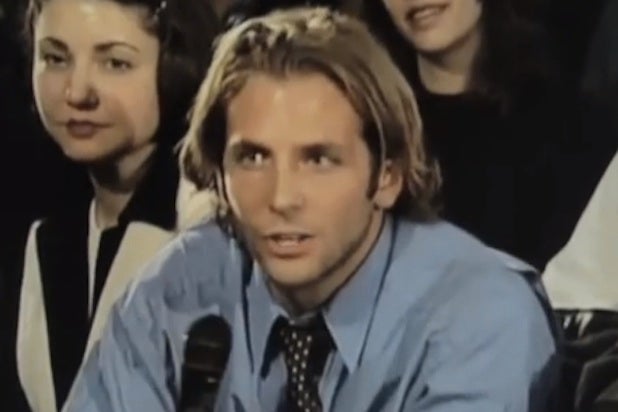 Louis C.K. once said nobody becomes famous for asking Sean Penn a question on Bravo’s “Inside the Actor’s Studio.” It turns out, Bradley Cooper proved him wrong.

A Redditor discovered an old interview with the FX star on BBC radio speaking with British actor and radio host Stephen Merchant. In the clip, C.K. zings aspiring actors who ask questions from the audience on James Lipton‘s program.

“It always occurs to me, you know when an actor stands up – one of the people in the audience – ‘I am an actor what can I do’ and asks Sean Penn or whoever ‘what can I do to reach your level,’ you just want to say ‘you will never be famous,'” C.K. quipped in reference to the Bravo series’ Q&A portions.

“There’s no way you ask Sean Penn a question and then you’re gonna be huge,” C.K. concluded.

Little did C.K. know that a young Bradley Cooper appeared on “Inside the Actor’s Studio” in 1999, and coincidentally asked Penn a question.

‘Hey Mr. Penn, I’m Bradley Cooper a second year actor,’ he said on the show. Cooper asks Penn about what it was like to play the same character in the 1998 film “Hurlyburly” that he did in the stage play.