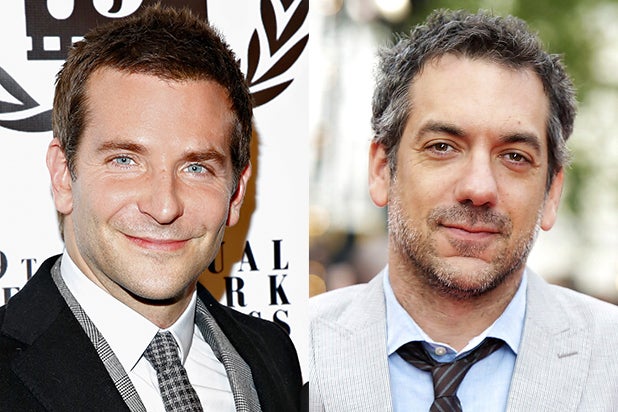 For the second time in one week, Warner Bros. has shelled out big bucks for a project that will be produced by its “Hangover” duo Todd Phillips and Bradley Cooper, as the studio has made a pre-emptive deal for Don Pendleton’s popular Mack Bolan book series, multiple individuals familiar with the situation have told TheWrap.

Cooper and Phillips will produce the film through their new Warner Bros.-based production company and it will be developed as a possible directing vehicle for Phillips, who has been looking to showcase his skills outside the comedy genre for the last several years.

Mack Bolan would certainly do the trick, as the character is an anti-terrorist operative whose hobby is saving lives.

Shane Salerno will write the script and produce the film with Phillips and Cooper, having acquired the rights to the series from Pendleton’s estate on his own. The author died in 1995 at age 67 as a decorated military veteran.

It’s unclear at this point whether Cooper would play Bolan, as his decision would depend on the script, which Salerno wouldn’t write until he finishes “Avatar 4.” Salerno has previously announced plans to write a grounded, gritty PG-13 action-drama that serves as the basis for a potential trilogy.

Younger audiences aren’t likely to be familiar with the Mack Bolan series, but that sense of mystery could also allow Cooper to introduce the character in his own way — should he decide to tackle the role.

The recent castings of A-list actors Tom Cruise and Tyler Perry as popular literary characters Jack Reacher and Alex Cross drew the ire of many fans of both those bestselling book series, though both acquitted themselves fairly well in their respective roles. Cooper could follow in their footsteps or heed their warnings, but only time will tell.

There will be no shortage of that, however, as Phillips will next direct WB’s “Arms & the Dudes,” about two budding arms dealers who take advantage of the technology at their young fingertips.

Phillips and Cooper are also producing an adaptation of The Atavist article “A Thousand Pounds of Dynamite” for Warner Bros., as TheWrap first reported.

The studio also recently moved up Cooper’s “American Sniper” to Christmas Day. There are already whispers that the studio will mount an awards campaign for Cooper, who is rumored to excel under the direction of Clint Eastwood as late Navy SEAL Chris Kyle.

Mack Bolan has been developed many times over the last several decades as a star vehicle for Steve McQueen, Sylvester Stallone, Vin Diesel and Eastwood himself. Perhaps The Man With No Name told Cooper he should make a play for the project, which Drew Crevello and Julia Spiro are overseeing for Warner Bros?

The news was first reported by Deadline, which has been all over the Mack Bolan project.