Brandon Murphy, the screenwriter of “The Hitman’s Wife’s Bodyguard,” is set to make his directorial debut with the indie horror thriller “Snow Valley,” TheWrap has learned exclusively.

Cooper van Grootel, Tom Williamson, David Lambert and Barbara Crampton will star in the film, which centers around a newly engaged couple on a ski weekend that goes horribly wrong when an unexpected guest arrives and the house’s supernatural forces begin to rise.

Rachel Michiko Whitney and Paige Elkington round out the cast. Justice Laub, Rachel Whitney and Chris Abernathy are producing alongside Paper Street Pictures’ Aaron B. Koontz. The film is from Uinta Productions. 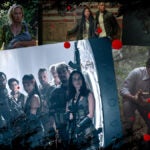 Murphy is currently in development on the romantic dramedy “The Last Drop” as well as a biopic on the Rolling Stones titled “Exile.” He is represented by Range Media Partners.

Van Grootel can be seen in Peacock’s “One of Us Is Lying,” while Lambert recently starred in ABC’s “The Fosters.” Williamson also starred in “The Fosters” and next serves as a producer on “Sasquatch.” Crampton, whose credits include “Re-Animator” and “You’re Next,” can now be seen in RLJE’s “Jakob’s Wife.”