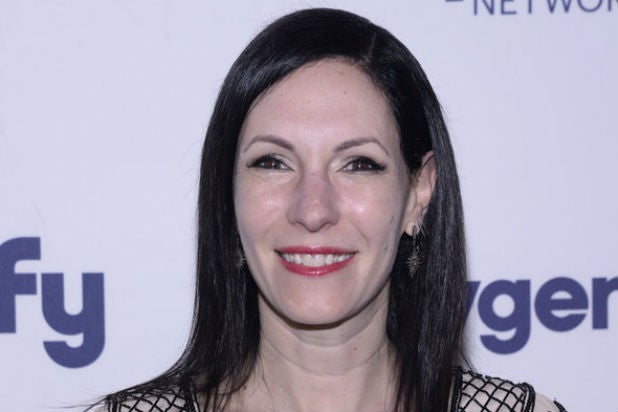 As Bravo gears up to unveil “Odd Mom Out” this summer, the show’s star Jill Kargman described the series in her own way Thursday during a Television Critics Association panel Thursday in Pasadena.

“This show is turned up to 11 and gets covered up in afterbirth,” she said. “That’s the beauty of Bravo. It’s the wild wild west, and we can say everything but fu*k.”

That’s the direction executive producers Julie Rottenberg and Elisa Zuritsky intended for the show. The pair reunite after serving as producers on HBO’s popular series “Sex and the City.”

“We found ourselves incredibly grateful when Jill Kargman walked into the picture. She gave us a chance to got back to New York,” Rottenberg said.

On the show, Jill struggles with the Upper East Side’s ritzy lifestyle, momzillas and spicing up her sex life with husband Andy (Andy Buckley). It’s those antics, Kargman believes, will grab viewers.

“The details of day to day to life, you can’t make up in a writer’s room, 87 seasons of this shit,” Kargman said laughing.

“That’s one of my favorite parts of the show,” Zuritsky said. “No matter where you are in the country, you have your version of that.”

“Odd Mom Out” is Bravo’s second scripted series with the first being “Girlfriends Guide to Divorce.”

"Personally, I wish that 'Flipping Out' had been recognized. Because I just am always a fan." -Andy Cohen, EVP of development & talent at Bravo
View In Gallery