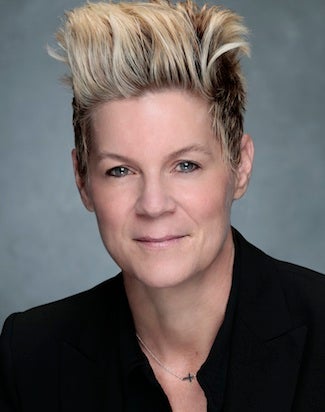 Bravo has promoted Christy Dees to vice president of development.

In Dees’ new position, she will be responsible for developing new original series for the network, as well as lead development on upcoming shows and serve as the executive producer of new reality series, “Thicker Than Water.”

“Christy’s impeccable understanding of the Bravo brand coupled with her infectious passion for reality television have earned her a winning track record in her three years here,” said Bravo development vice president Lara Spotts in a statement. “We can’t wait to see where Christy takes us as a VP.”

As director of development, Dees worked closed with Eli Lehrer, who left Bravo to head Lifetime’s unscripted development back in May.

Since joining Bravo, Dees has worked in the development of several of the network’s hit shows, including “Shahs of Sunset,” “Newlyweds: The First Year,” “Interior Therapy with Jeff Lewis,” as well as the upcoming “Game of Crowns,” and “City Sisters.”

Before joining Bravo, Dees was an executive at the Style Network where she oversaw several series, including “Kimora: Life in the Fab Lane” and “Tia and Tamara.” She also served as a director of development at FX. She credits her first big break to Thom Beers, who hired her as vice president of development at Original Productions. In the post, she developed several projects including “Monster House” and “America’s Deadliest Season,” the prequel to “Deadliest Catch.”

Note: This article has been updated to more accurately represent Dees’ new duties.